What a special, special weekend weekend we had. SO good. SO refreshing. Heart is feeling SO full.

That’s how I feel after our family comes to town!!

First I just had to share these rainbow pictures from last week. LOL. I just had to. It was THE prettiest rainbow I have ever seen. It was a full triple rainbow right out by our house! We literally saw both of the ends. And it happened the day after I was talking to a friend about life and rainbows and rain.

The past two weeks were a little bit rainy. Not actually rainy, but in a life-kinda way. I was absolutely engulfed in homework and random life things that all just hit at once, feeling a little like a downpour. Last Monday I did homework for 14-hours straight. Not dawdling around or checking instagram…like I picked up my phone twice for 2 phone calls and that was about it. And I hadn’t been heavily procrastinating either. It was just everything hit at once. But for a week straight, I had been saying “Thursday will be the light at the end of the tunnel…just gotta make it to Thursday.” Because Thursday our family was coming to town. And those past few days felt like the rainbow after the rain. Praise God!!! 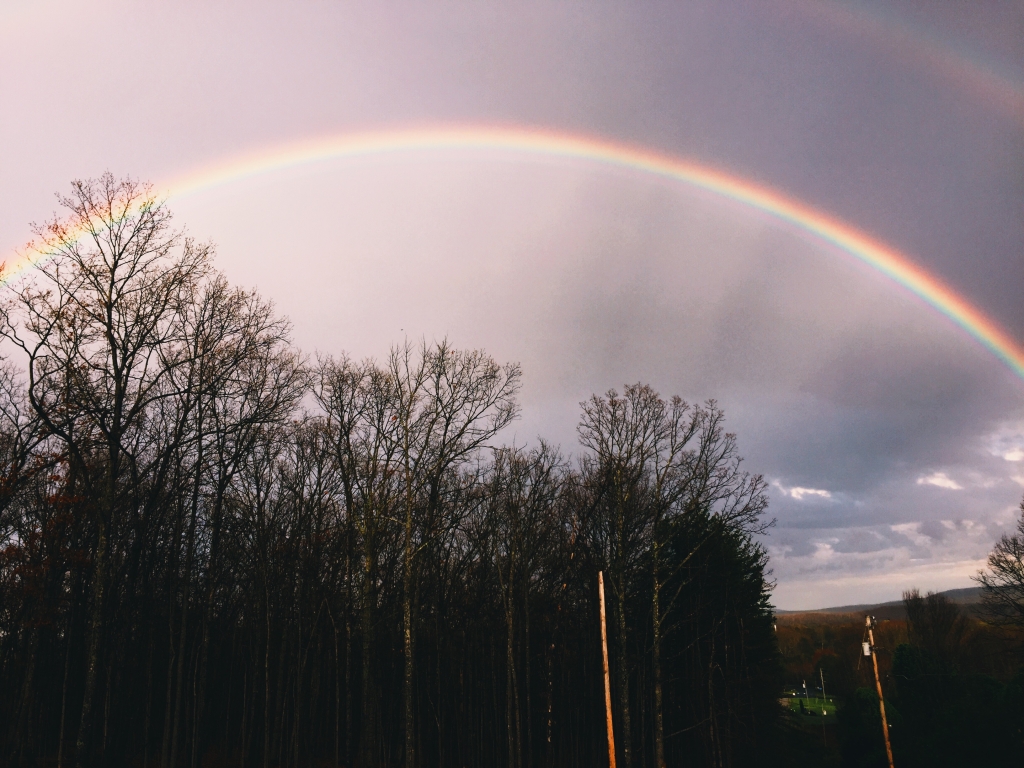 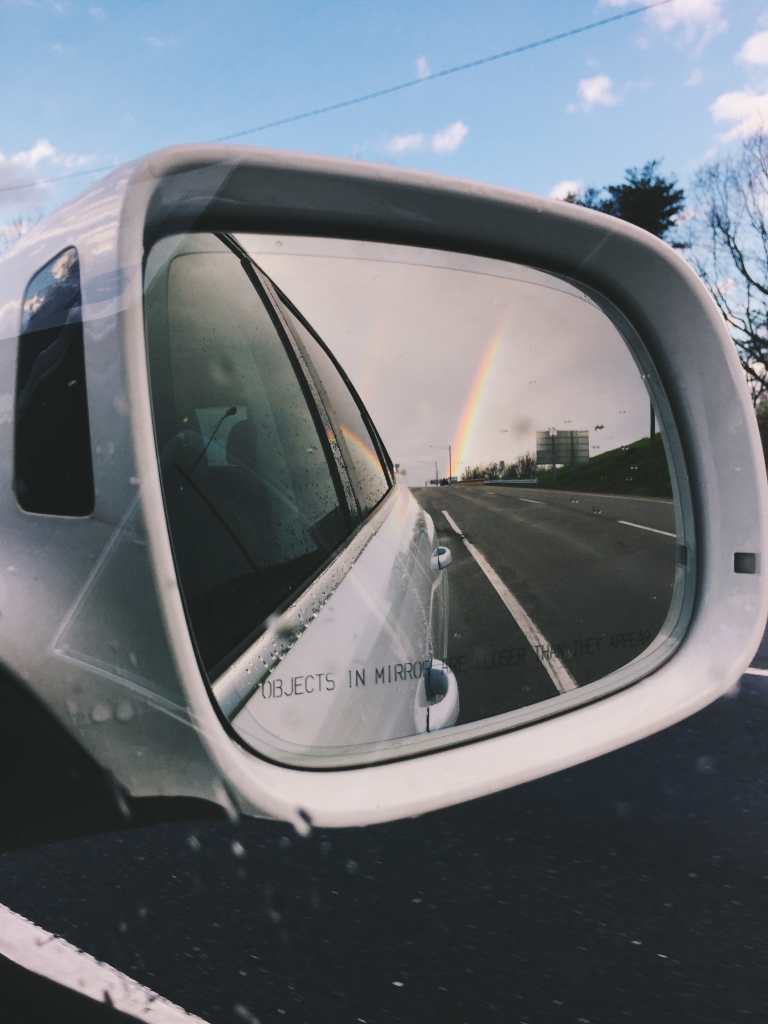 The first half of Thursday was spent putting the finishing touches on my Bible study I was writing for one of my classes. I was also going on about three hours of sleep. It was just one of those nights where your brain just refuses to rest. I printed it off, jumped in the car, ran into my class, handed it in, brain literally still going a million miles an hour and I could barely even form a sentence, but managed to say I couldn’t stay, hopped back in the car, went home to get ready for the party. We straightened up, rearranged the house to fit everyone, set the food up, and I was changing clothes when I heard footsteps coming up the stairs. Just in time!

And there it was…the light at the end of the tunnel…our family was in town.

For the next few hours our house and back by the fire pit were filled with people we love so much. Friends and family and everyone talking and laughing and having the best time. It was one of those times where you just stop and look around and watch and be happy. Anyone do that? You know, when you’re just in the middle of a big group of people you love and everyone’s talking and smiling, and you just take the time to watch and take it in for a second?? That’s seriously one of my favorite things. 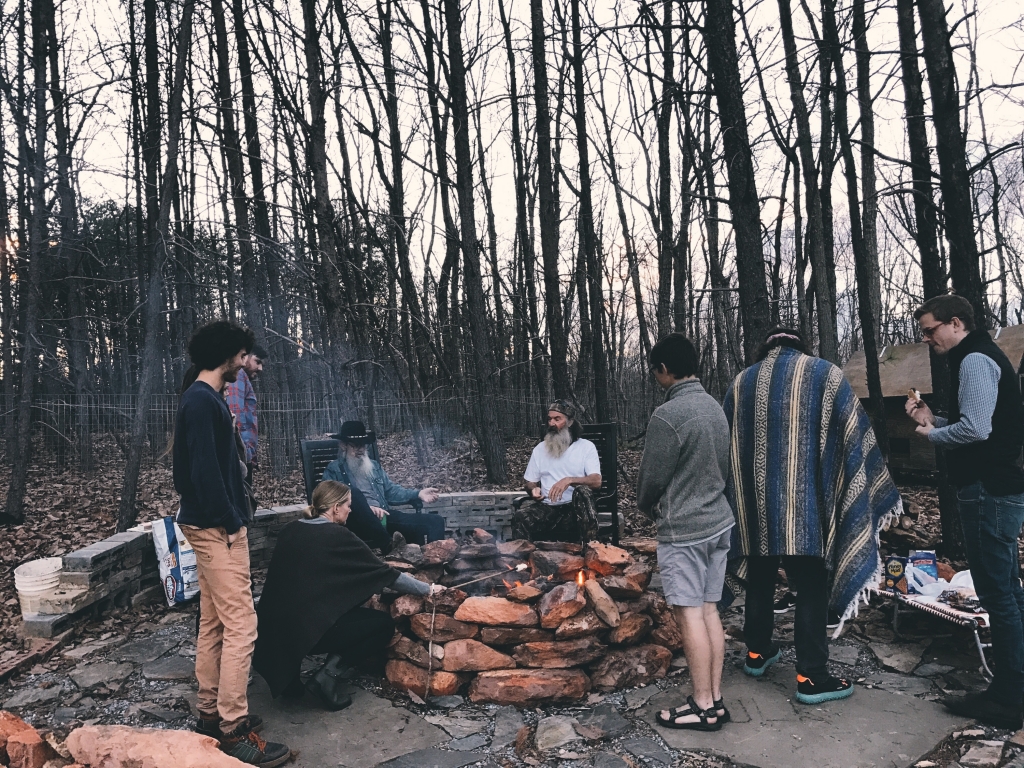 At our school we have this thing called convocation. Its every Monday, Wednesday, and Friday, and Liberty brings in speakers and bands and preachers and authors and politicians and magicians. It’s so fun. This year we had Simone Biles and Steph Curry which is pretty cool if ya ask me. And then they asked our family! So thats what they were in town for 🙂 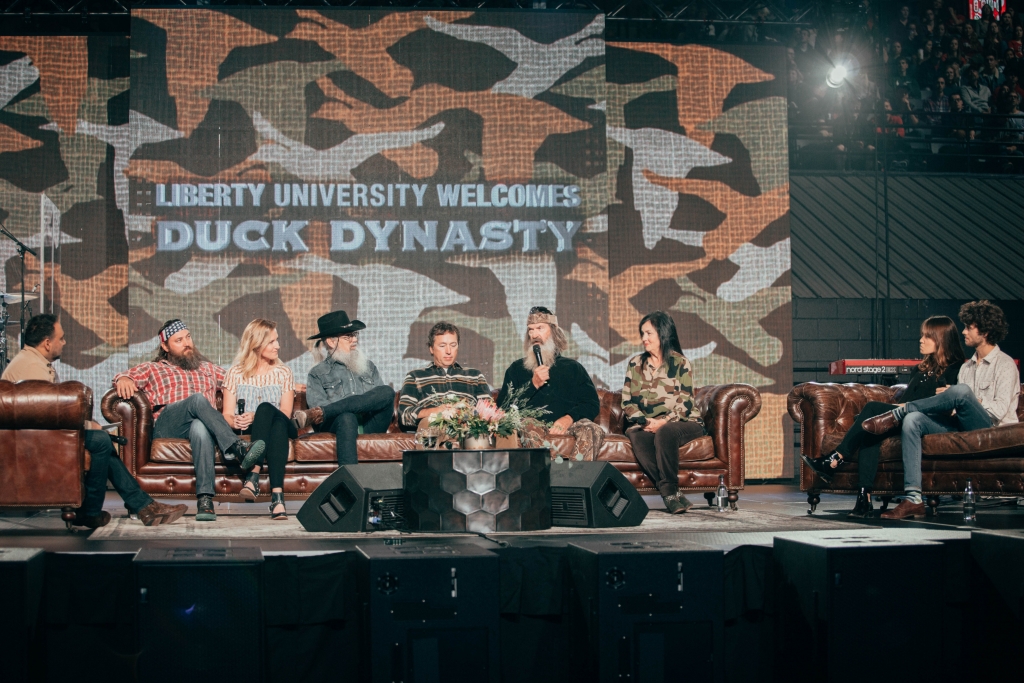 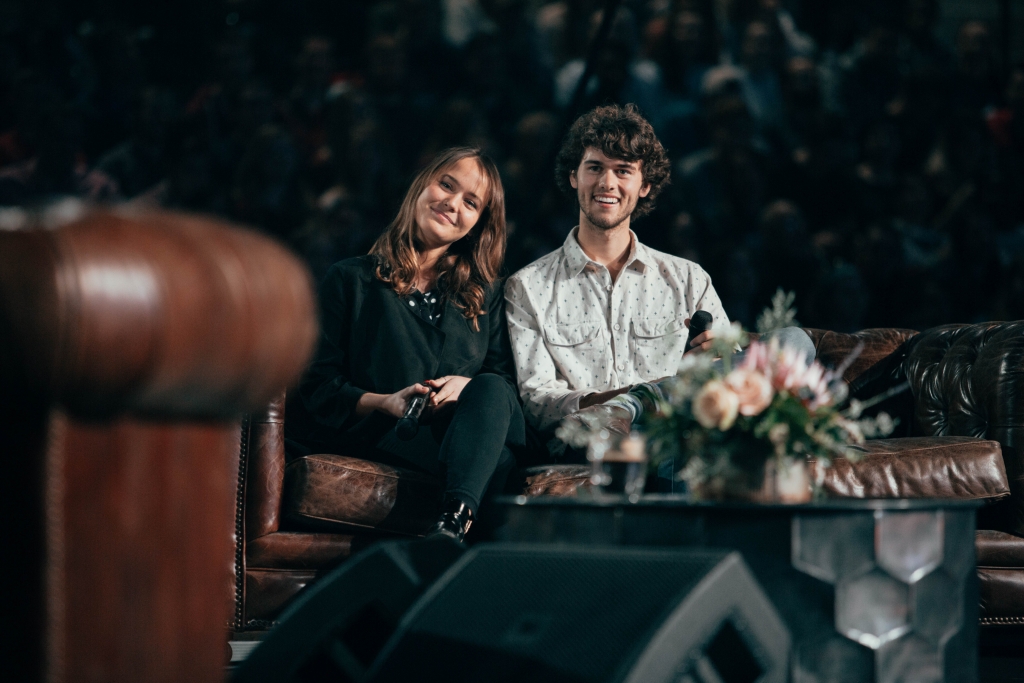 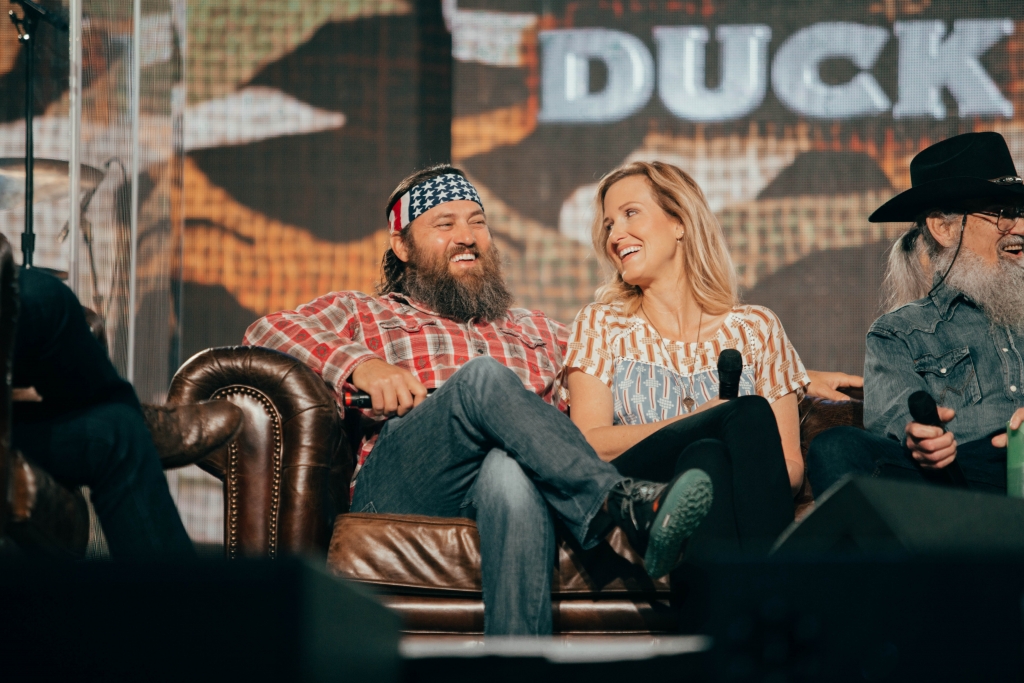 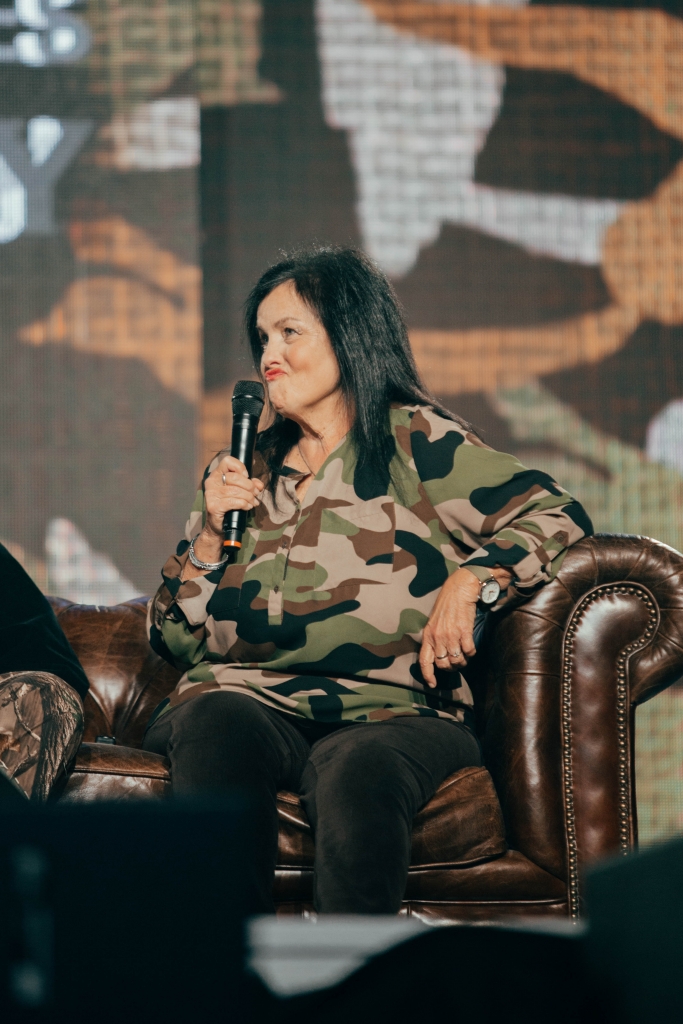 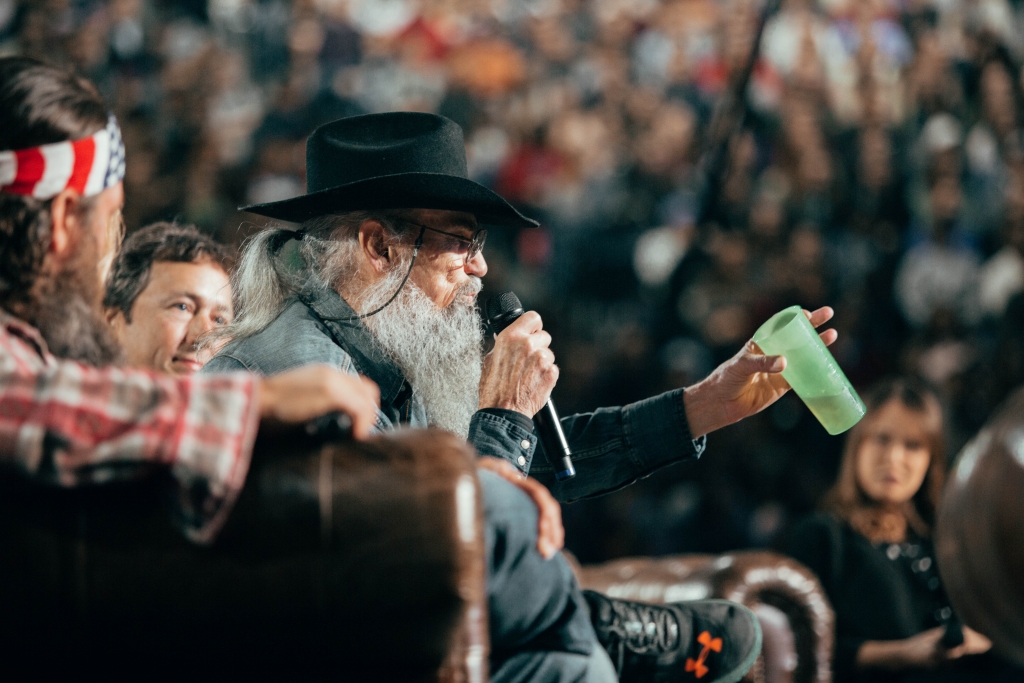 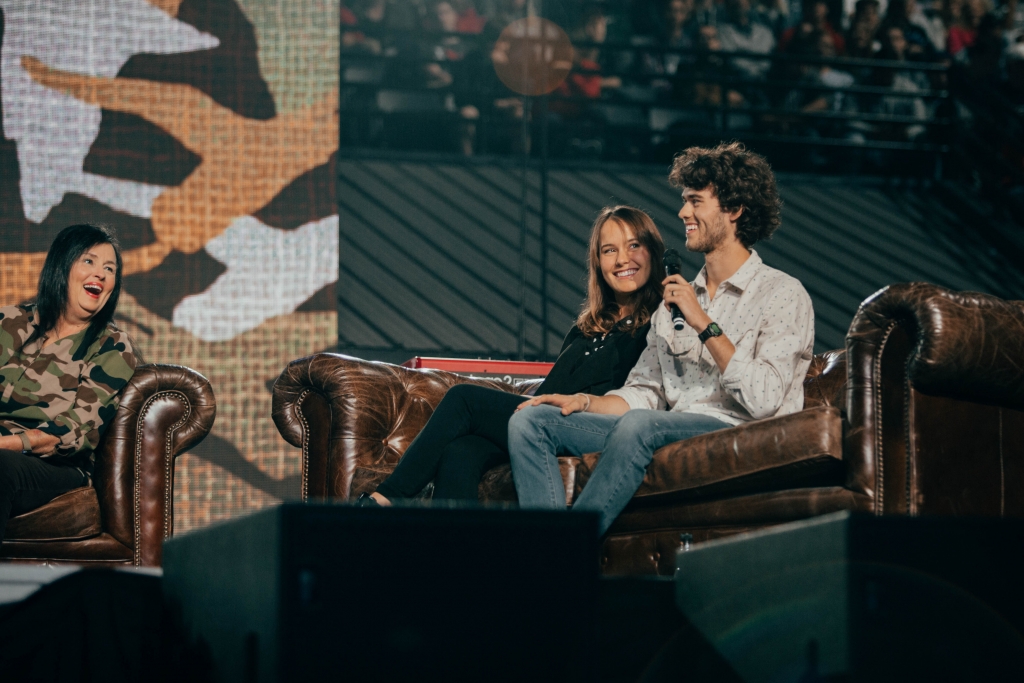 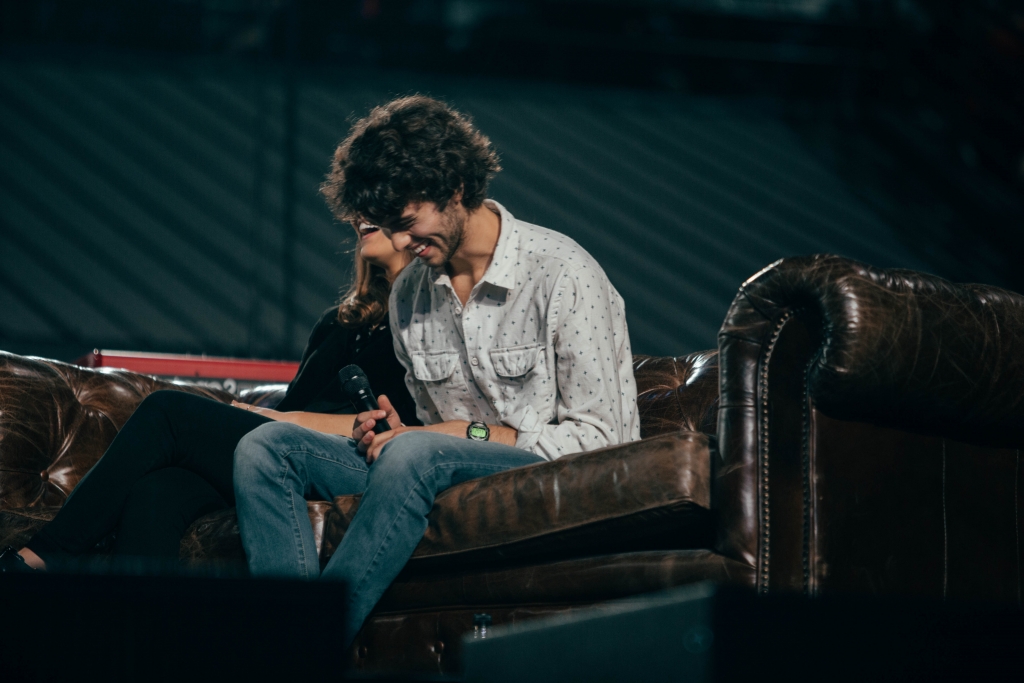 John Luke actually works for the Convocation team at school and I did too last year. We love the team so much!! Such a great group of people who are servant-hearted and make you feel so special. We’re so happy to call them friends. They made us THE coolest gift boxes. Each of our boxes was hand-drawn on and had specific things that we like individually. Together they made the Duck Commander logo. We were all pretty pumped about those!

After a tour of the new music hall we loaded up the bus, hugged their necks and said good-bye. I was a little bit sad to be honest! 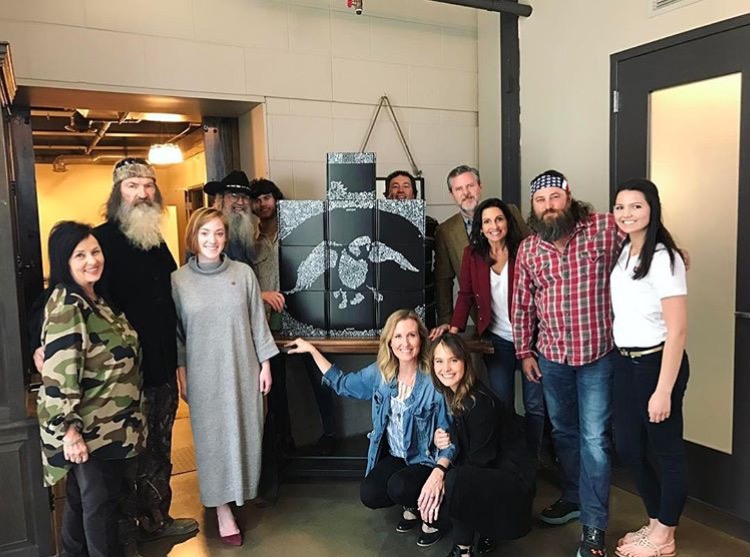 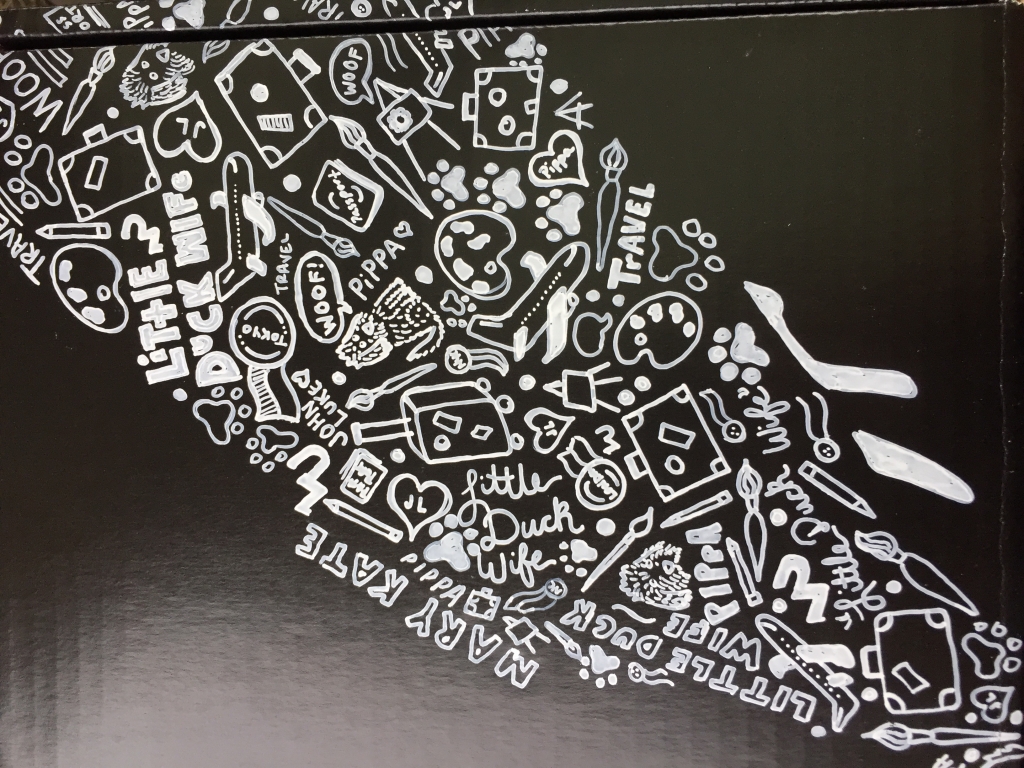 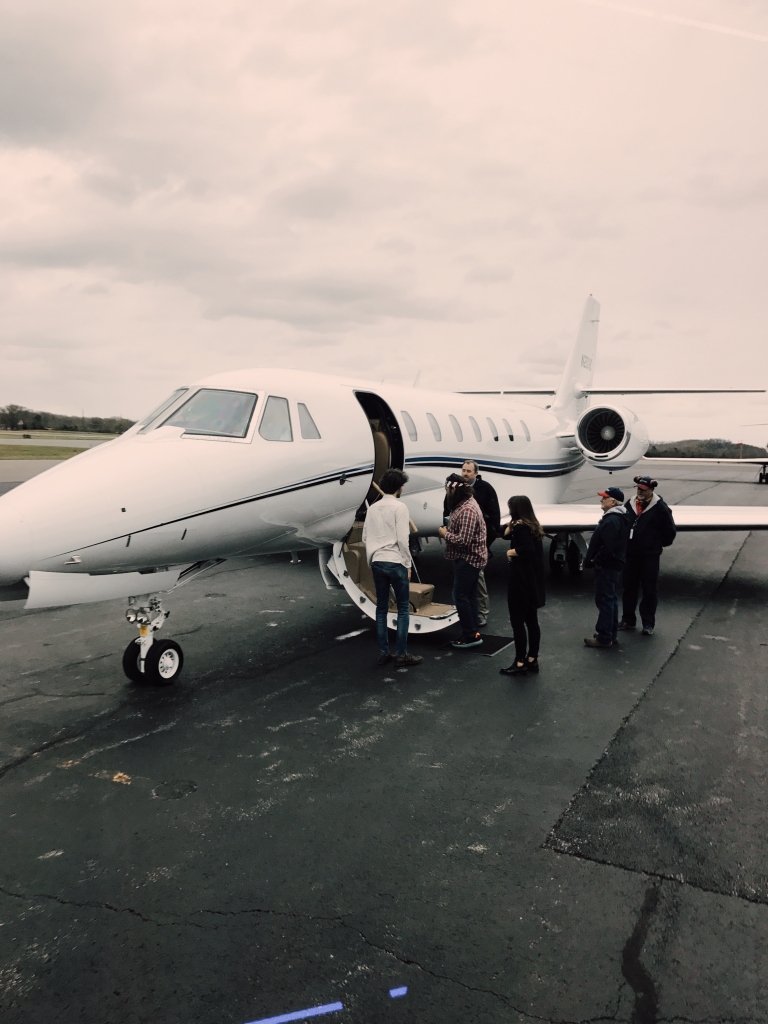 BUT…someone hung around for the weekend!!!

The Best Mother-in-love in the Worlddddd.

John Luke and I had an absolute blast with her.

To sum up our weekend:

I mean, can you really get any better than that?! 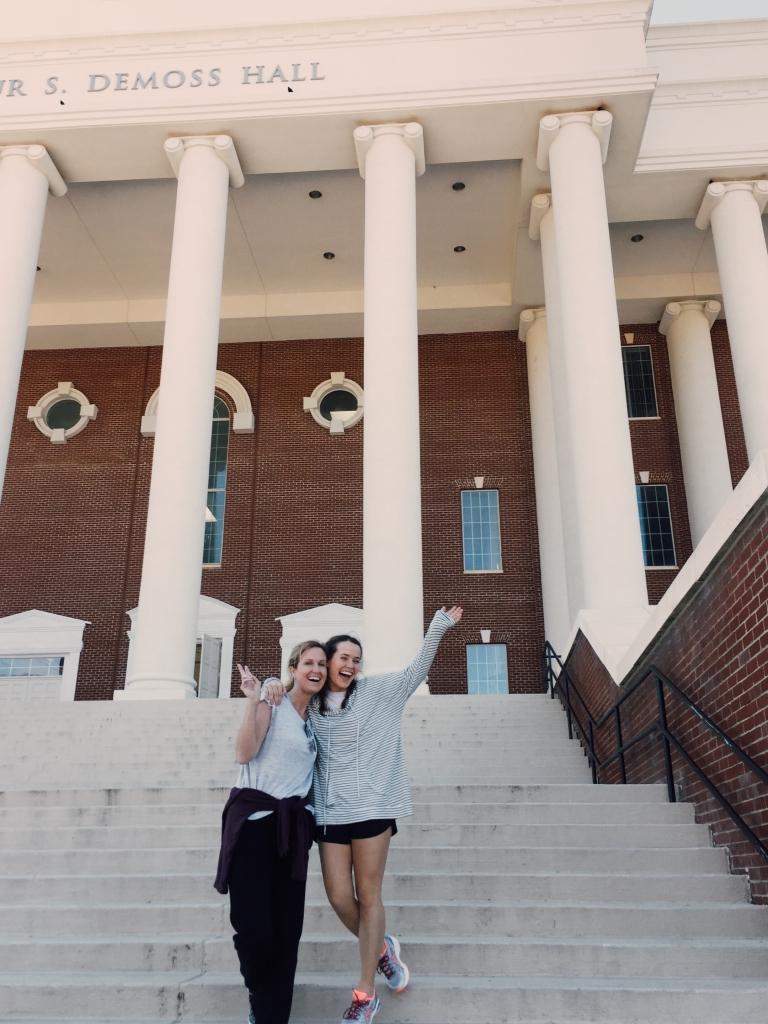 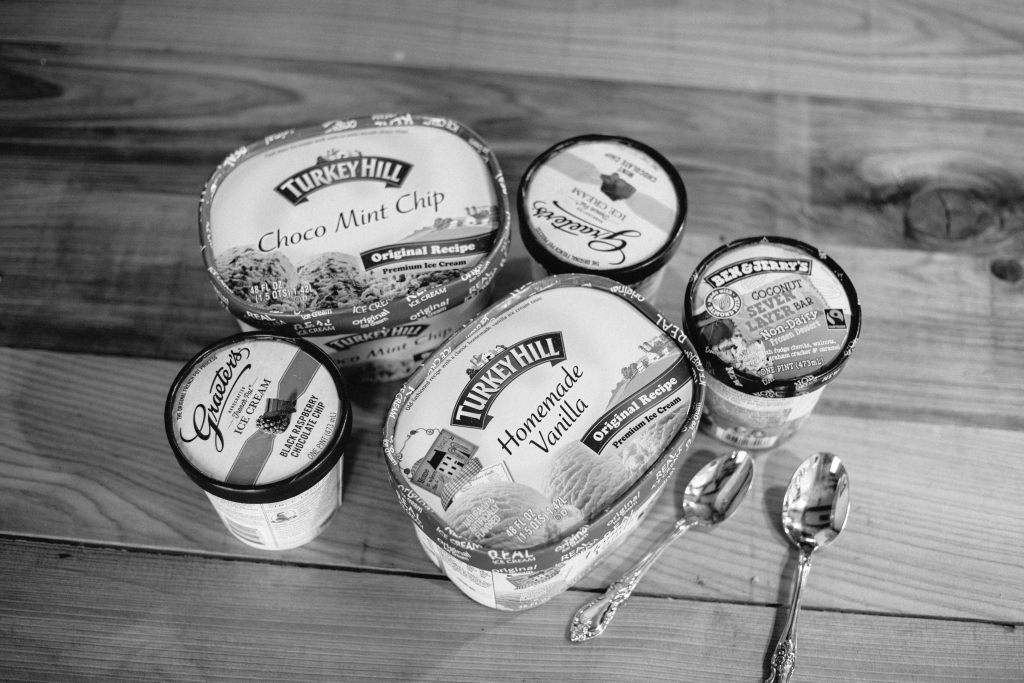 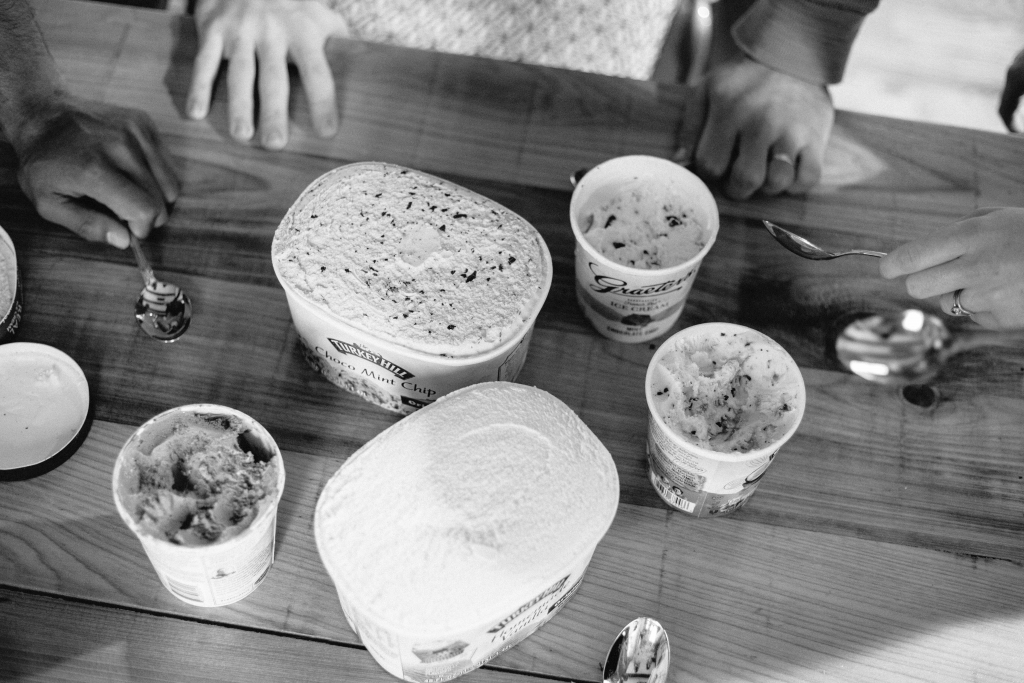 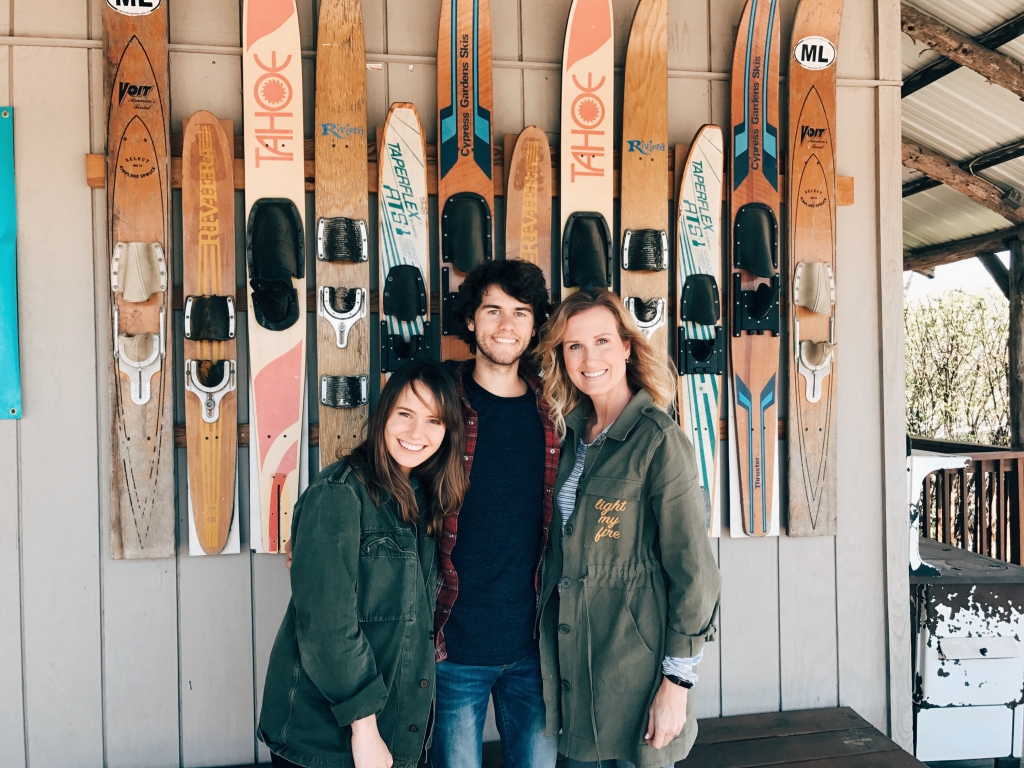 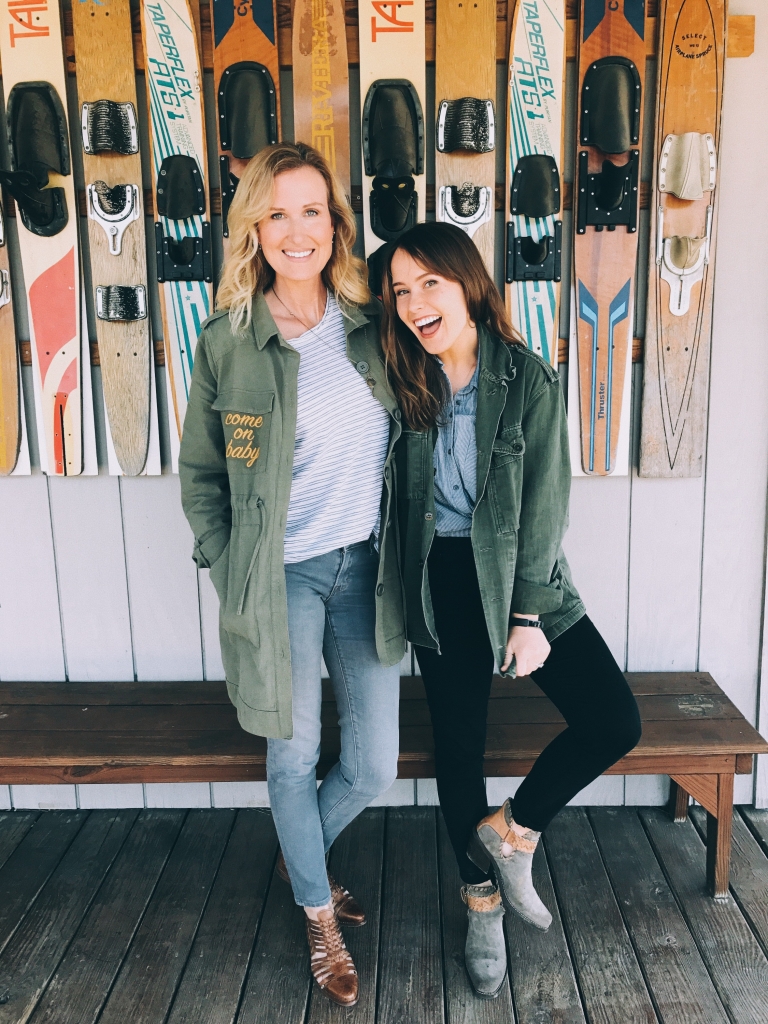 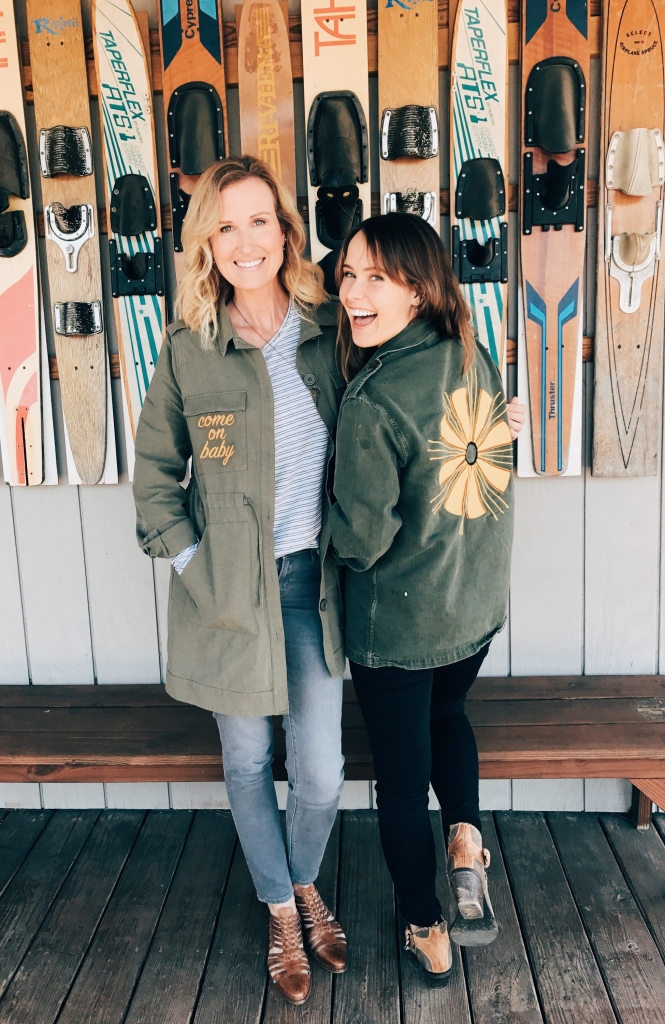 It was just one of those weekends I think I’ll always remember and always look back on and smile. And kinda wish it never had to end. 🙂

korie’s jacket: Duck & Dressing (purchase through instagram or over phone)

my black boots: Zara (no longer sold), but similar here