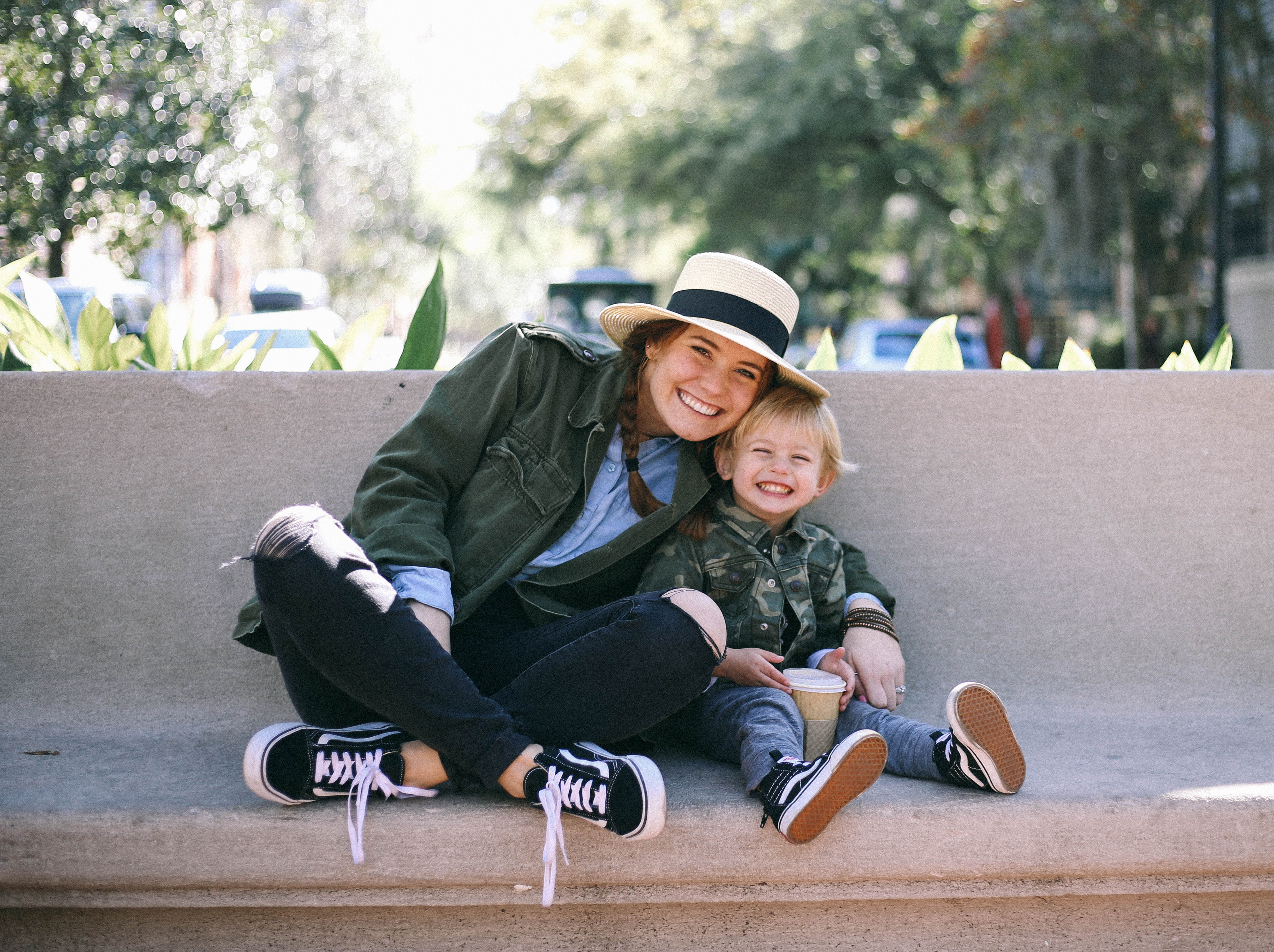 One day during break we decided to drive over and spend the day in Savannah, Georgia! I can’t think of a better word to describe it than sweet! It was only an hour or so from where we were staying in Hilton Head. Honestly I feel like I cannot begin to get across to you how beautiful that town is! Trees and flowers and moss and foliage EVERYWHERE.

We had lunch at a really cute place called the Soho South Cafe. The food was really good! I really enjoy all the lights and greenery. I think all of us agreed though that we could have eaten twice as much haha. 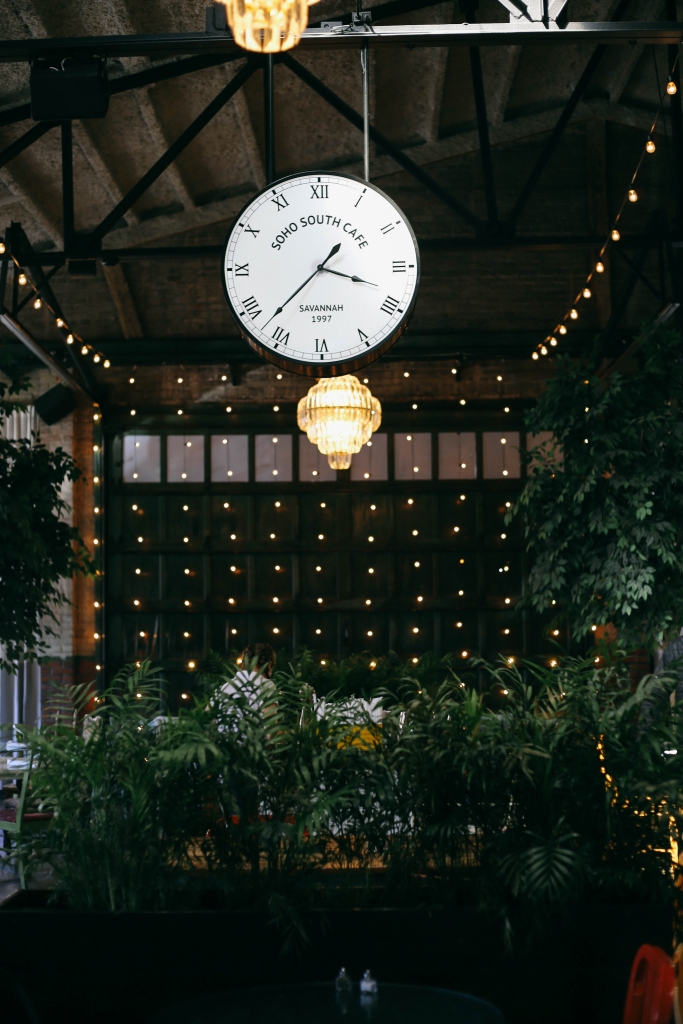 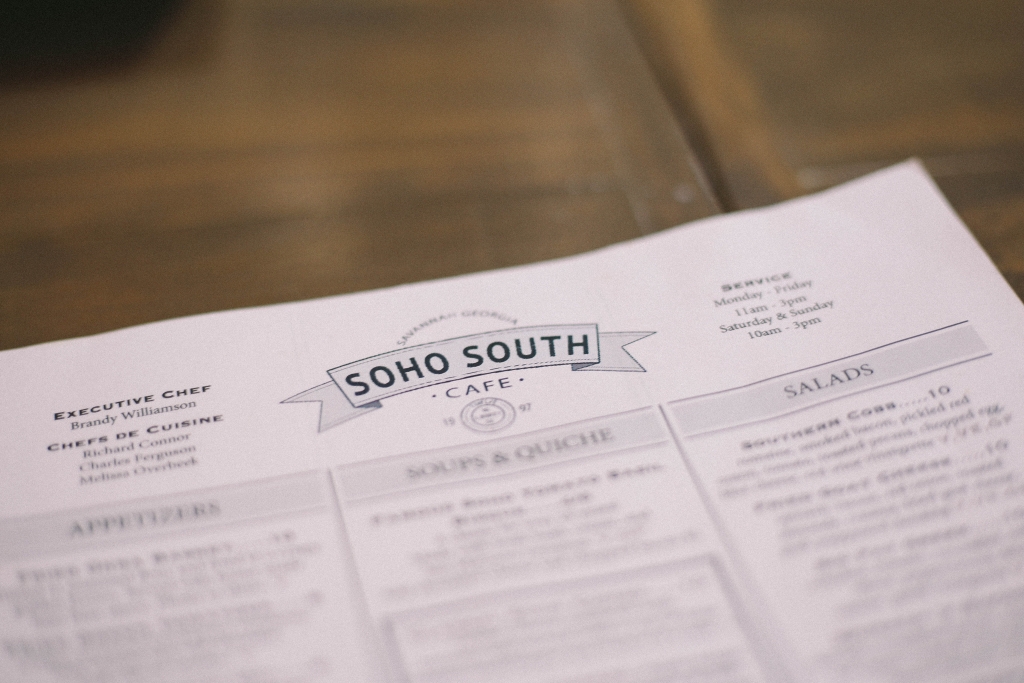 After lunch we just kind of wandered around. We found a really good coffee shop. I don’t remember the name but it was right across the street from Chippewa Square. Some of you may think this place looks a little familiar. Any Forest Gump fans out there? This is where Tom Hanks sat on the bench in the movie!

Also shout-out to Rachel and Lori. Yesterday I was in my car on my way to class and my nose started bleeding. Like bad. And I’m a nosebleed pro, so for me to say its bad means its bad. So I was just sitting it out in my car. Listening to some psalms (lol). Normally it stops in like 5 minutes. But there goes 5 minutes, 10 minutes, 15 minutes and I’m out of paper towels. So I start driving to their house since its close praying they’re there. Lori comes up to the door (by now we’re at like 20 minutes) and I’m just standing there with a bloody nose and I’m like “HELP ME.” I’m still just laughing thinking about this hahaha. But sure enough 5 minutes later it stops, right before we were about to go to the doctor. I know this sounds dramatic but it was so bad haha. Then Rachel gets home, they give me a La Croix and I go to class (late). Maybe tmi, but I still just kind of think its hilarious!

But anyway, these are just some great friends to have!

And they have got me drinking my coffee black now. WHAT.

Also speaking of coffee, we’ve got another coffee-lover….Teagon!

(No need to comment how bad this has got to be for him.)

Every morning my dad gets up, makes a cup of coffee, pours in his french vanilla creamer, then sits and reads his Bible.

When Kelly and I were little we would sit with him and he would give us sips of coffee (really more creamer than coffee for us haha) and now someone else is following in the coffee-loving footsteps. One difference though… Teagon will drink it black. No joke!

Also, I got Teagy some lil’ vans for his birthday and I think they are the cutest! 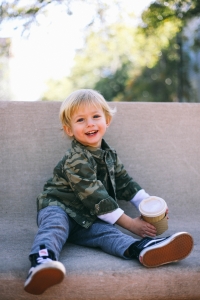 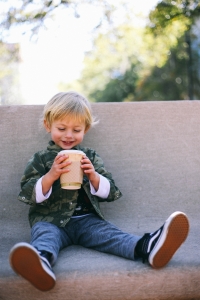 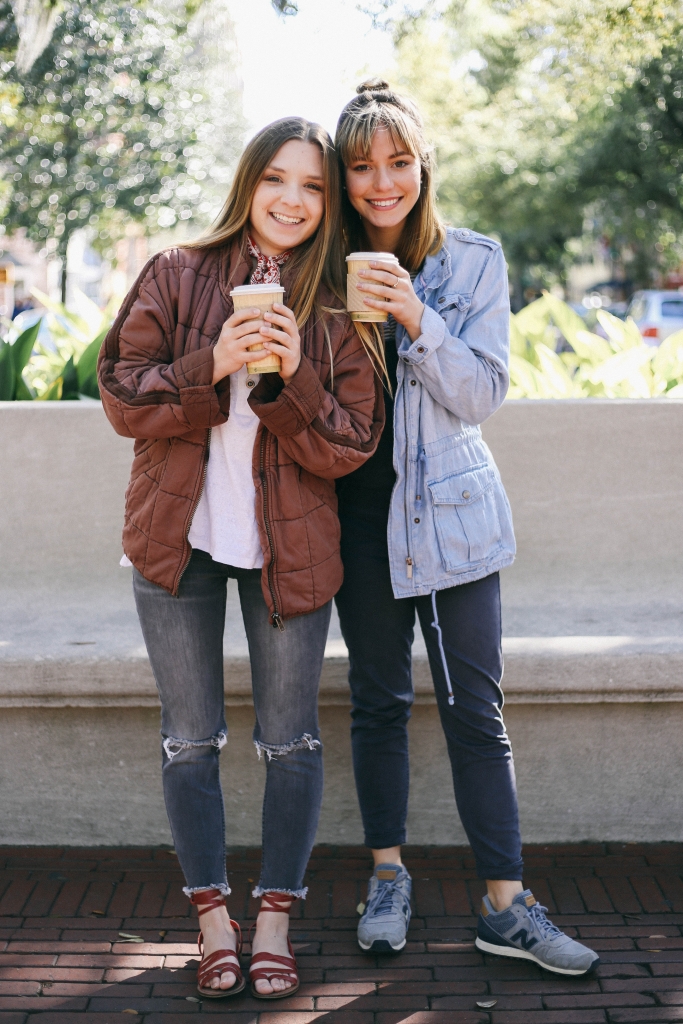 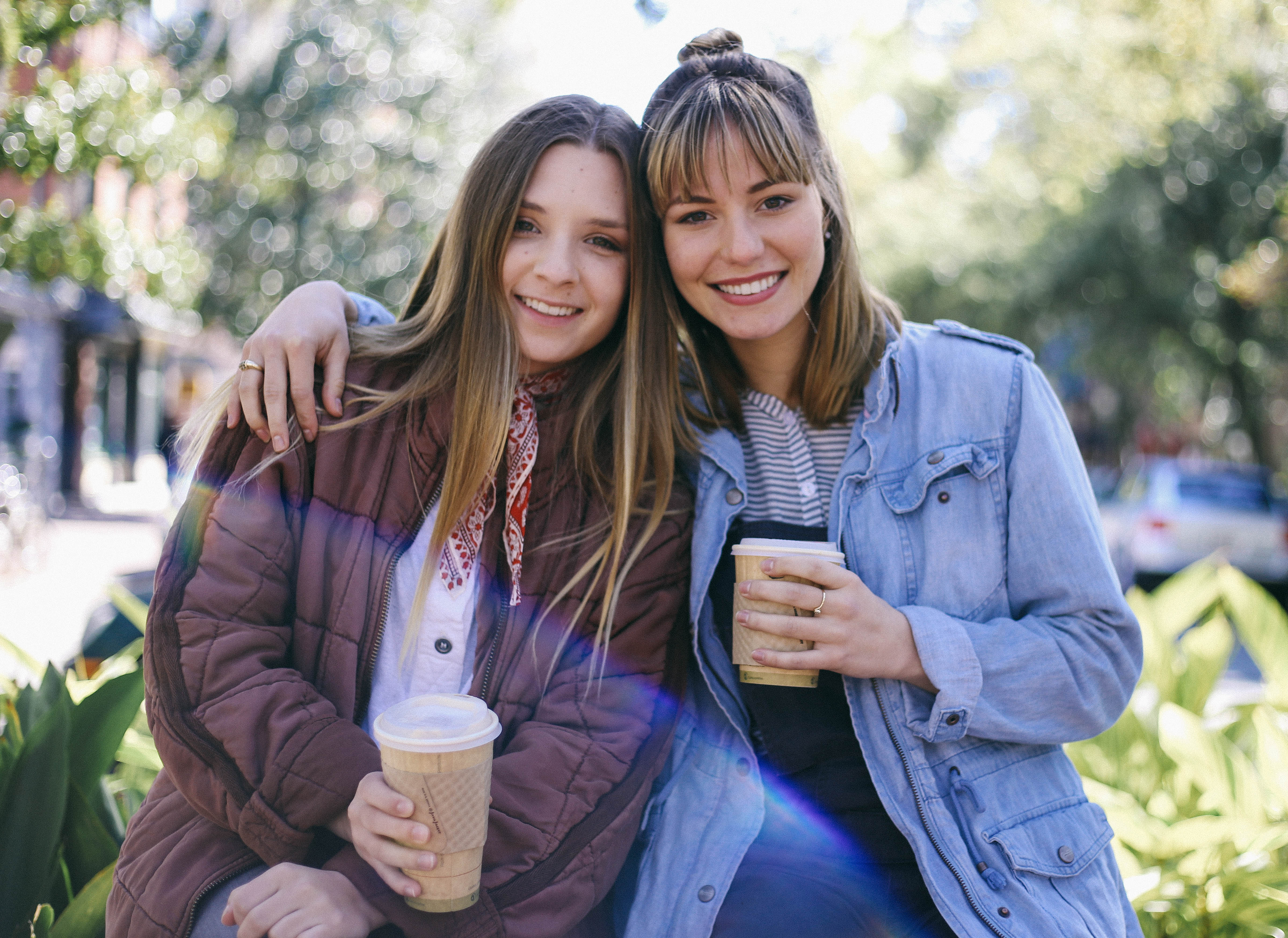 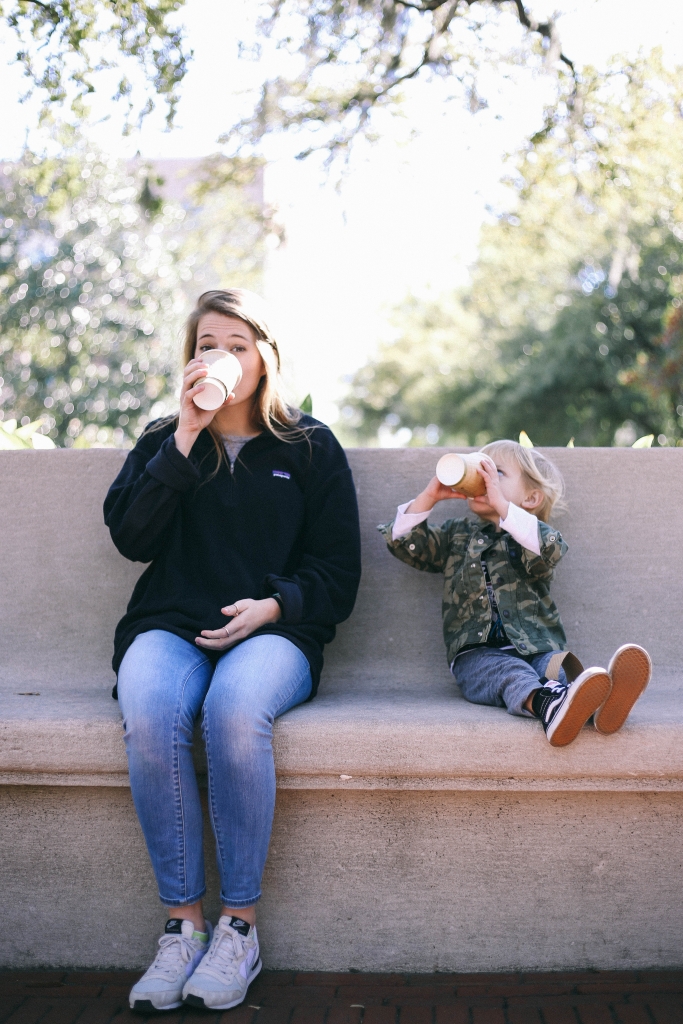 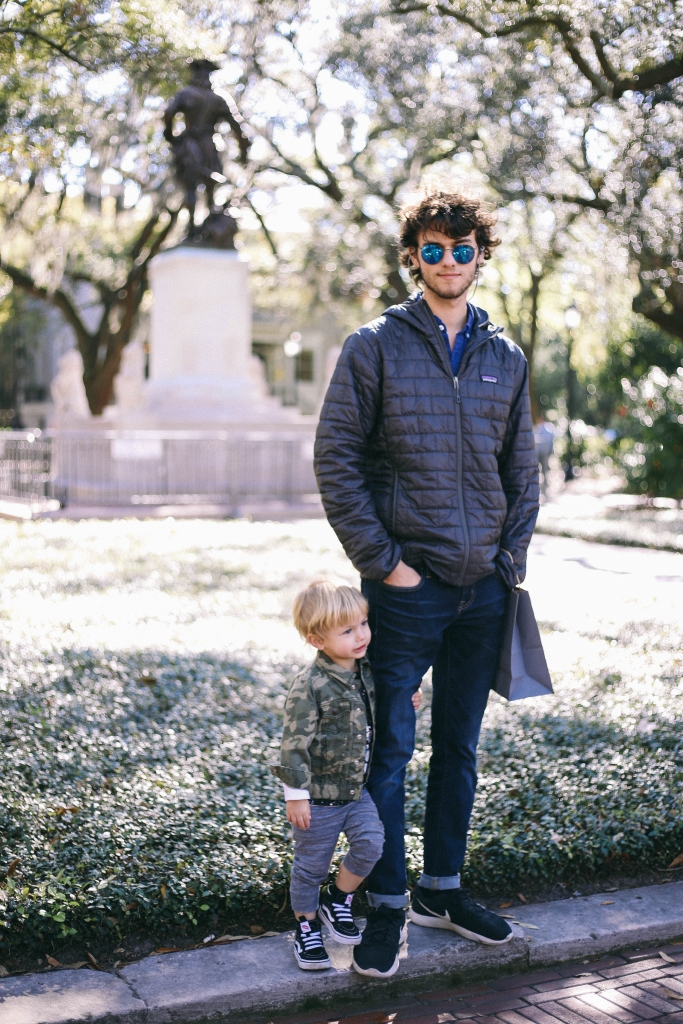 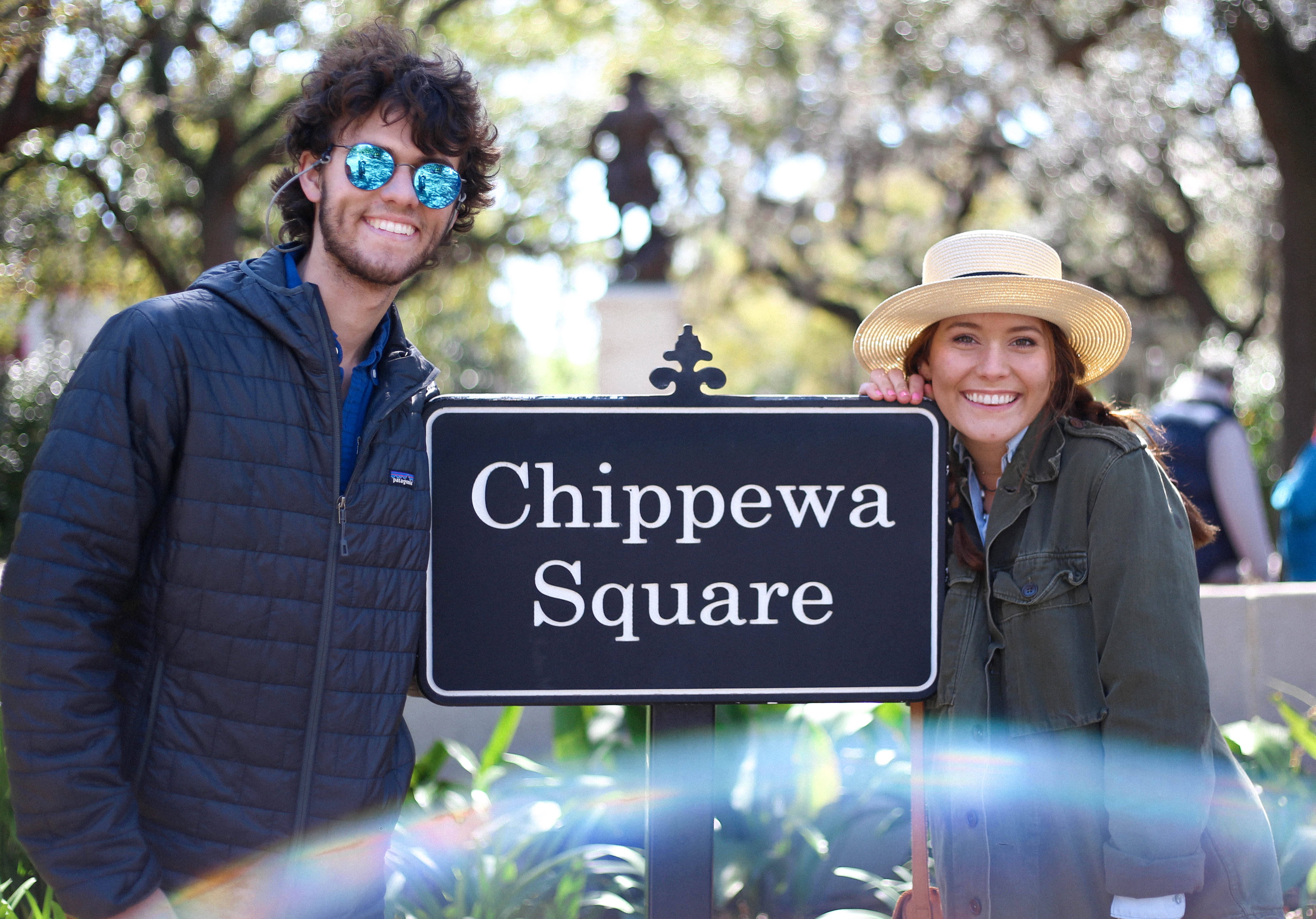 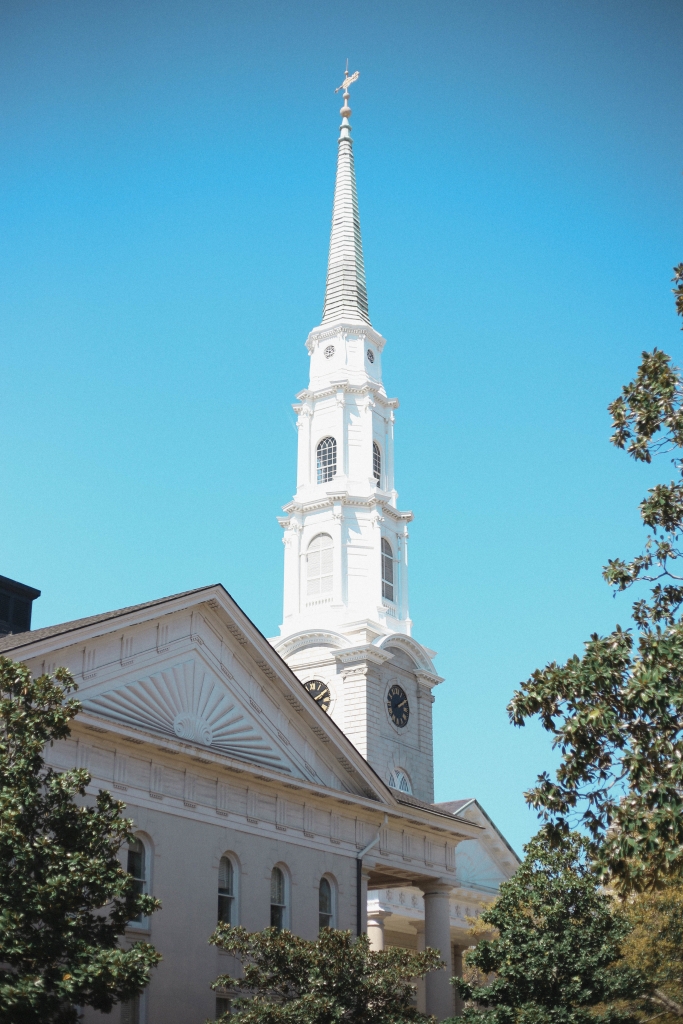 While I was trying to take pictures, JL and I actually got split up from the group for a bit, but then we came upon this sweet little bridge. And then we went back across the bridge because we were lost haha.

I bought this jacket right before spring break. We have a J. Crew warehouse sale a few times a year here in Lynchburg and they also have tons of Madewell which is my favorite! This jacket was only $30! Its got 2 stains on it, but I think that just makes it kinda funky. 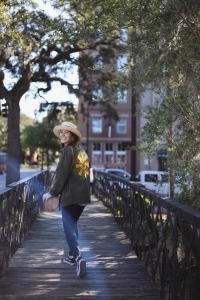 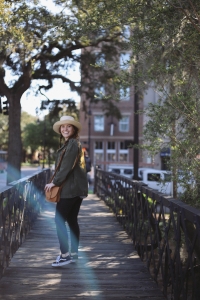 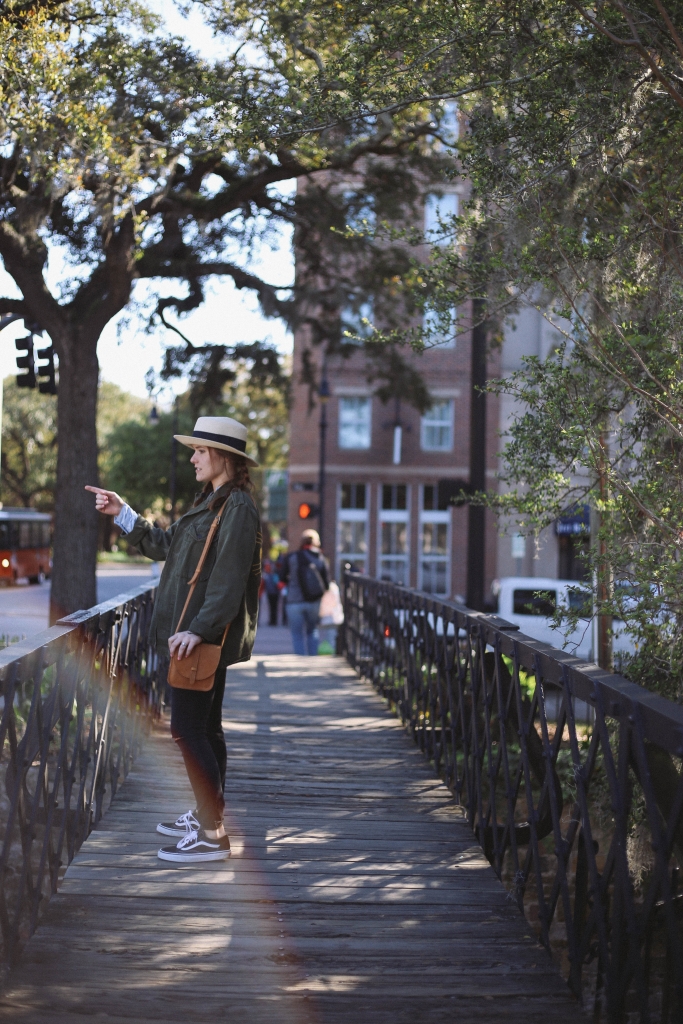 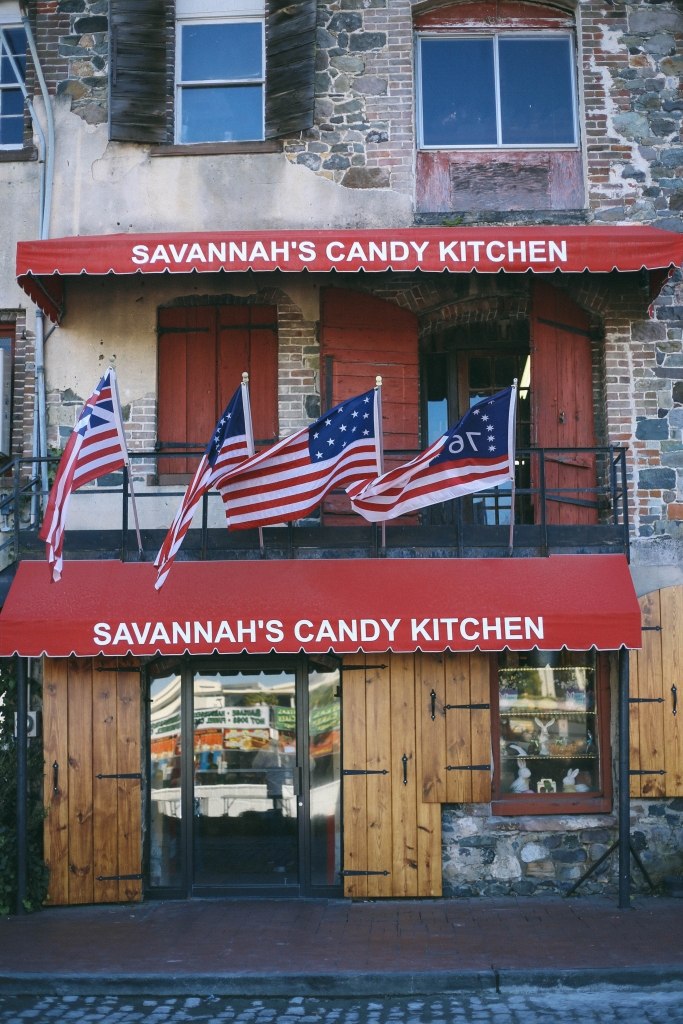 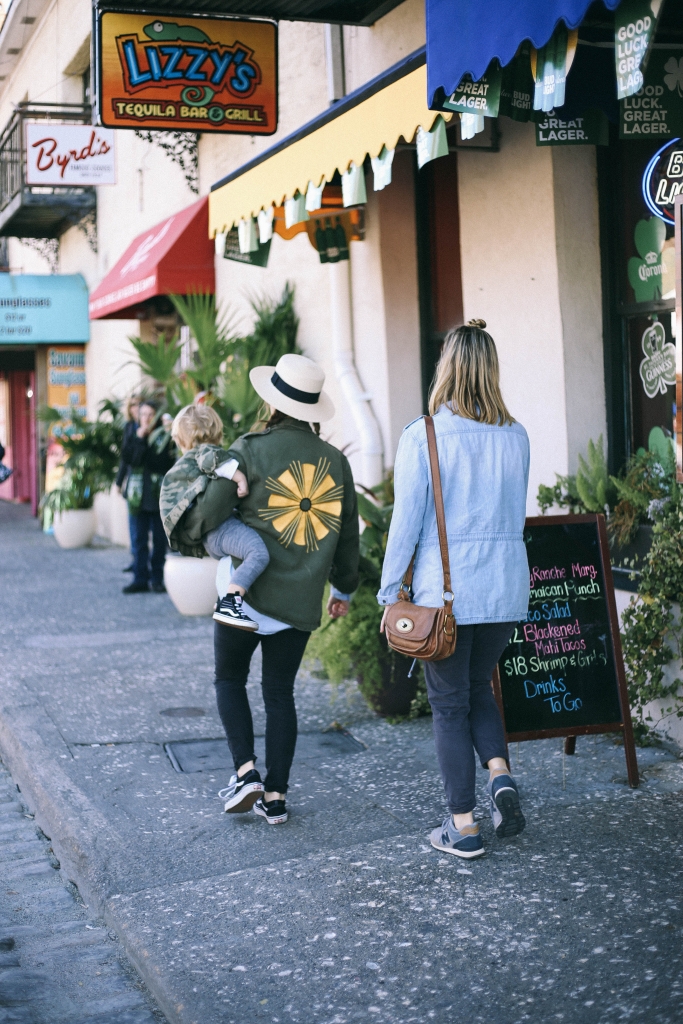 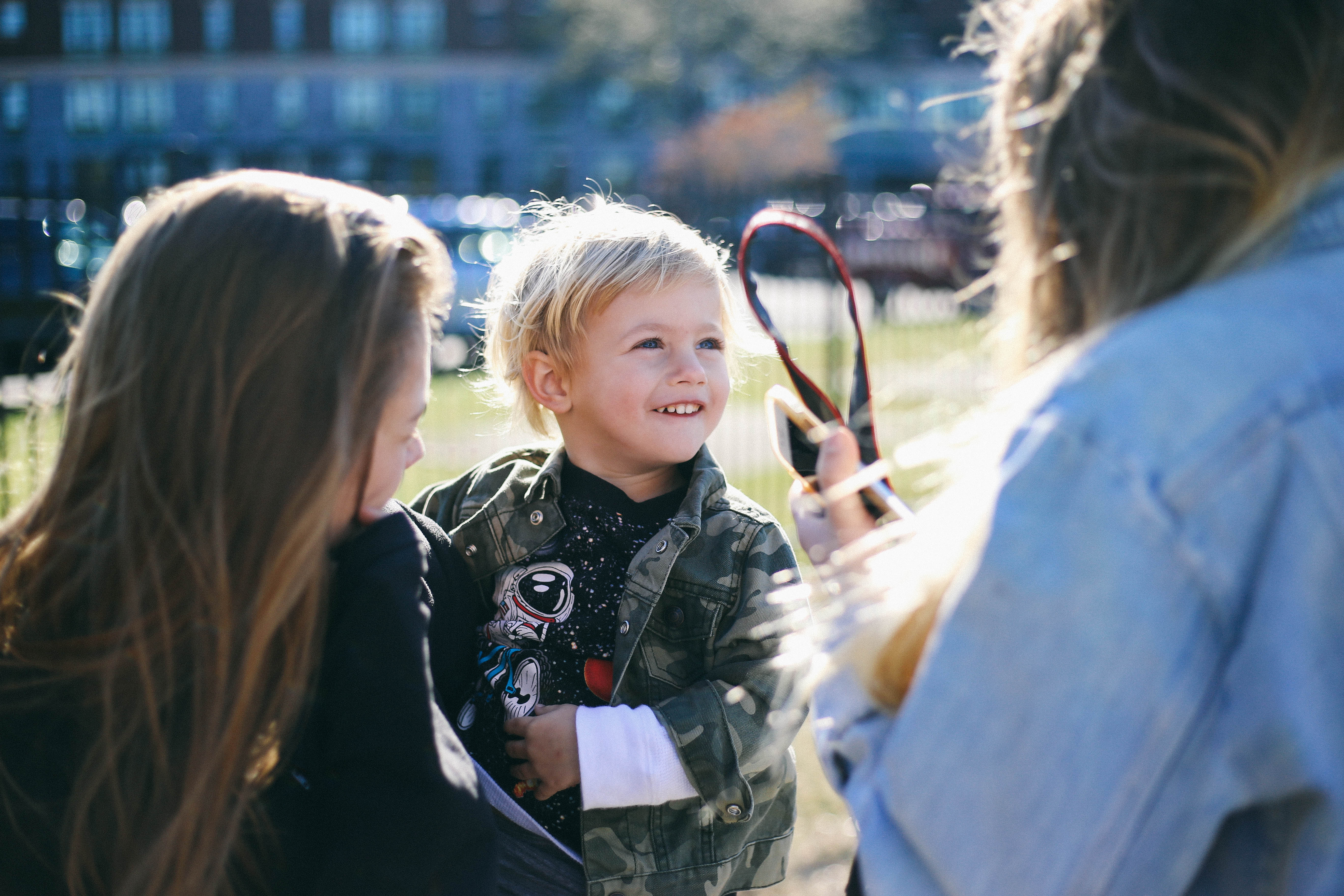 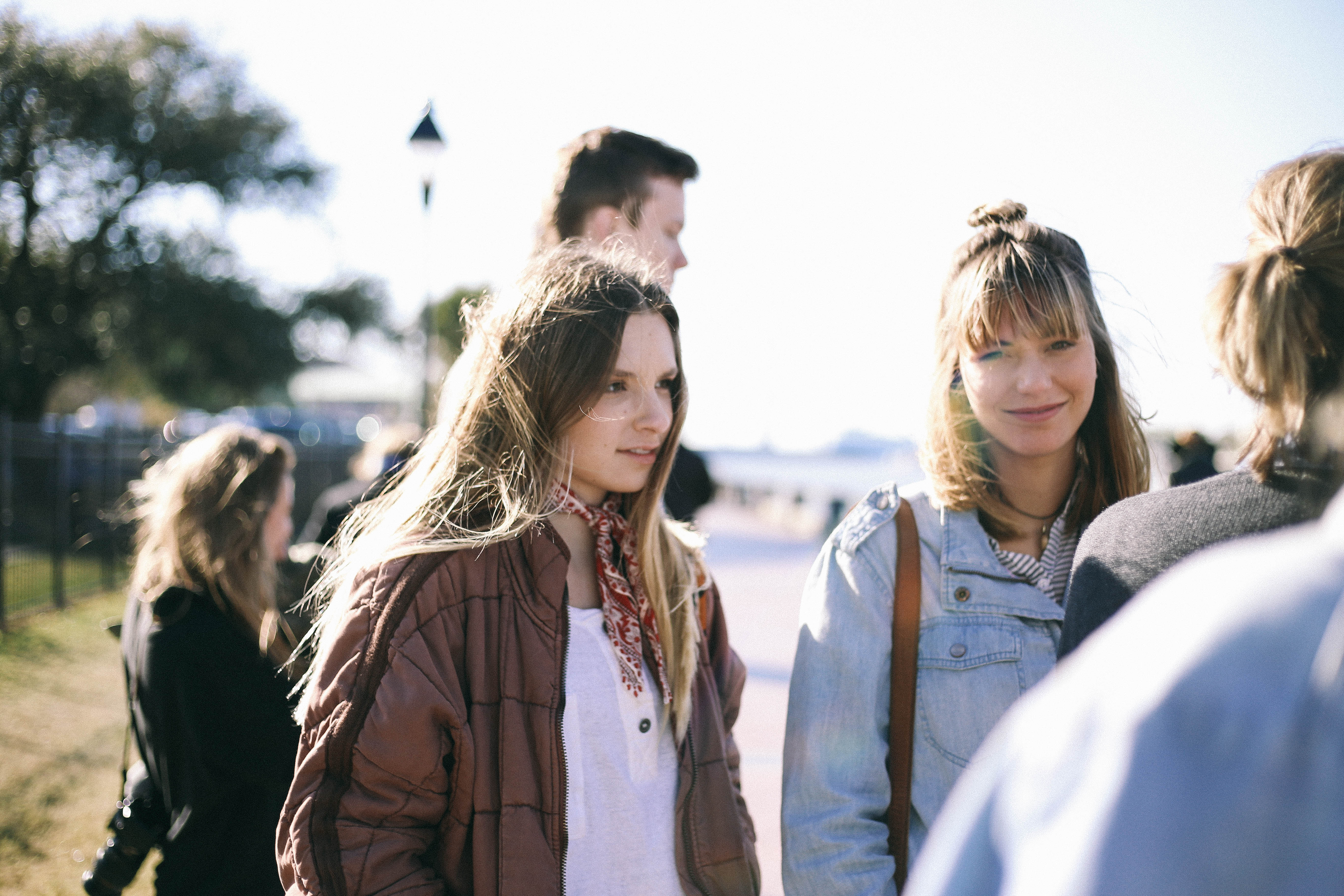 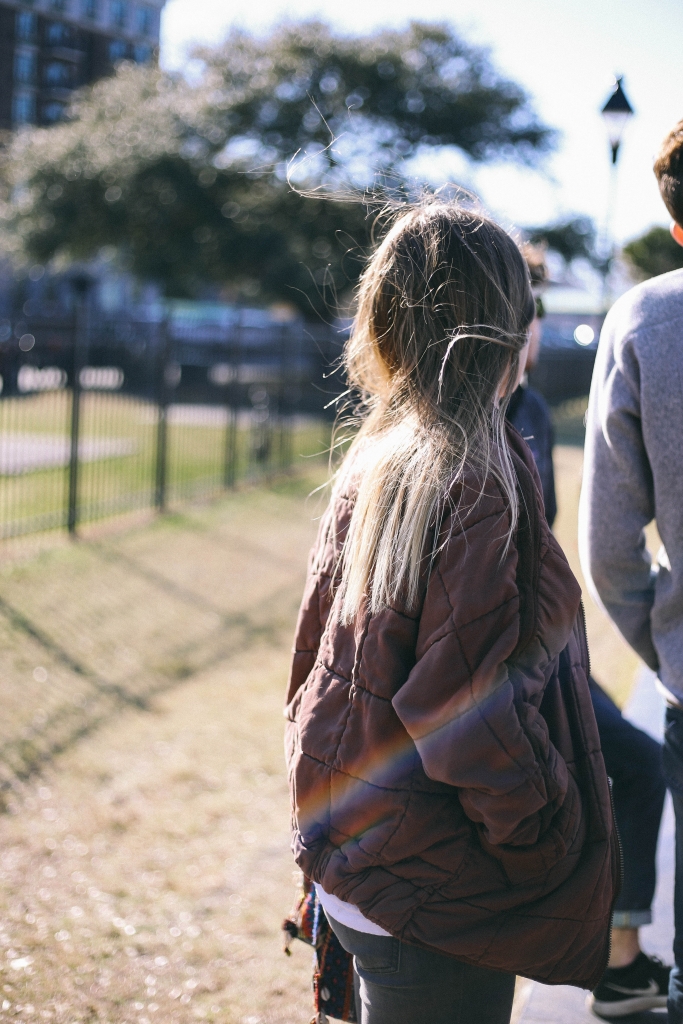 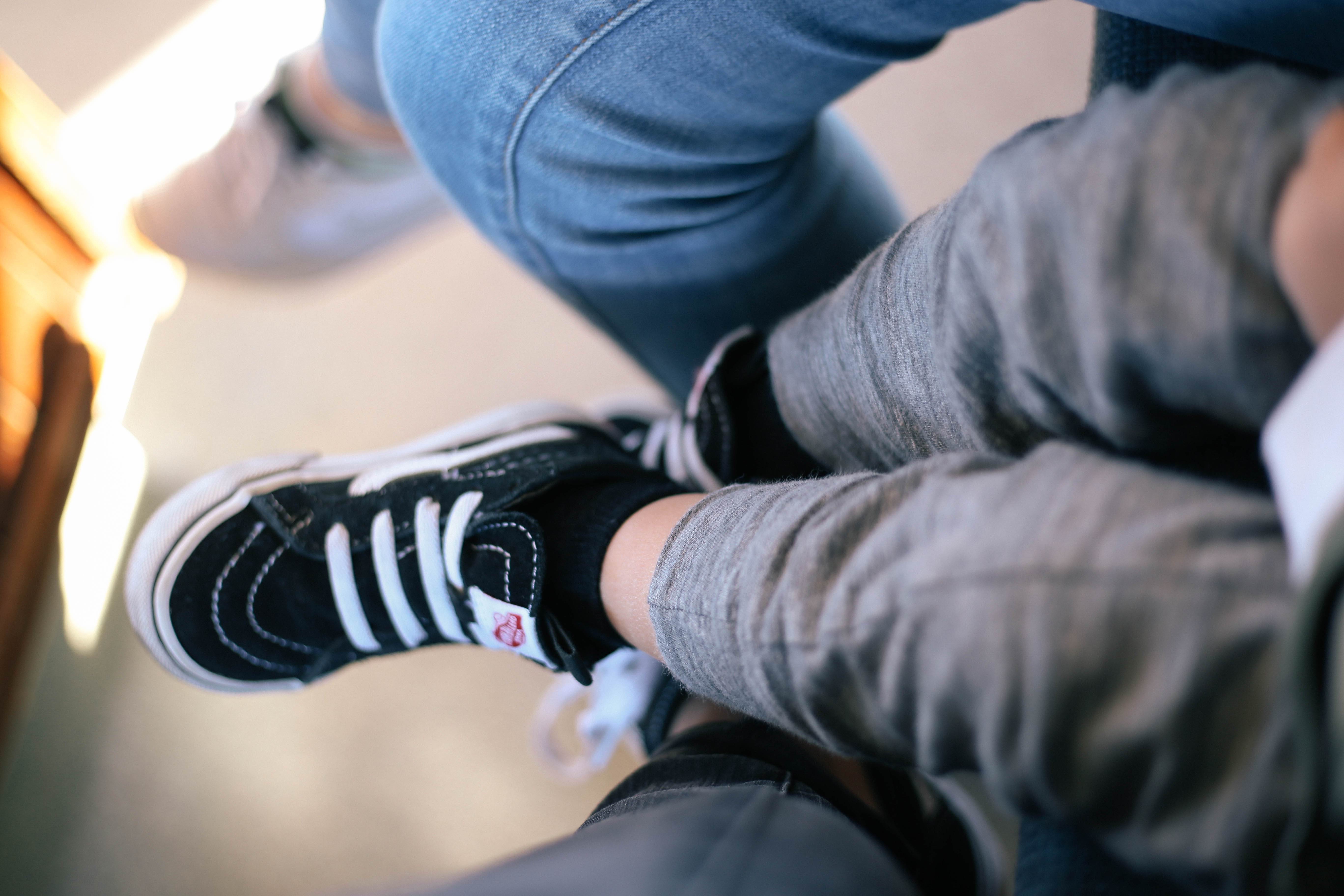 Savannah, I love you a lot, and I want to come visit again! Maybe when its a little warmer though. 🙂

I also want to tell you a little bit about my new blog set-up, which I loveee! I found Kotryna Bass who designs amazing templates for blogs first on Etsy 2 years ago when I was starting my blog (now she has her own site). Let me tell you, she is incredible. Even before I had purchased anything from her she was answering questions and telling me what I ought to do. If anyone’s ever started a blog/website you know it can be a little tricky and overwhelming at first! But after you purchase a template from her she comes in and sets it up for you. Seriously all the work. Last year she came in and gave my blog a little makeover. This past week I reached out to her wanting to change things up a little and she did everything so quick. This past time she even transferred my blog from Blogger to WordPress. I really can’t say enough good things about her and would definitely recommend her to anyone starting a blog or anyone wanting to transfer to a different host. Check out kotrynabassdesign.com. You can find out a little more about her migration services here.