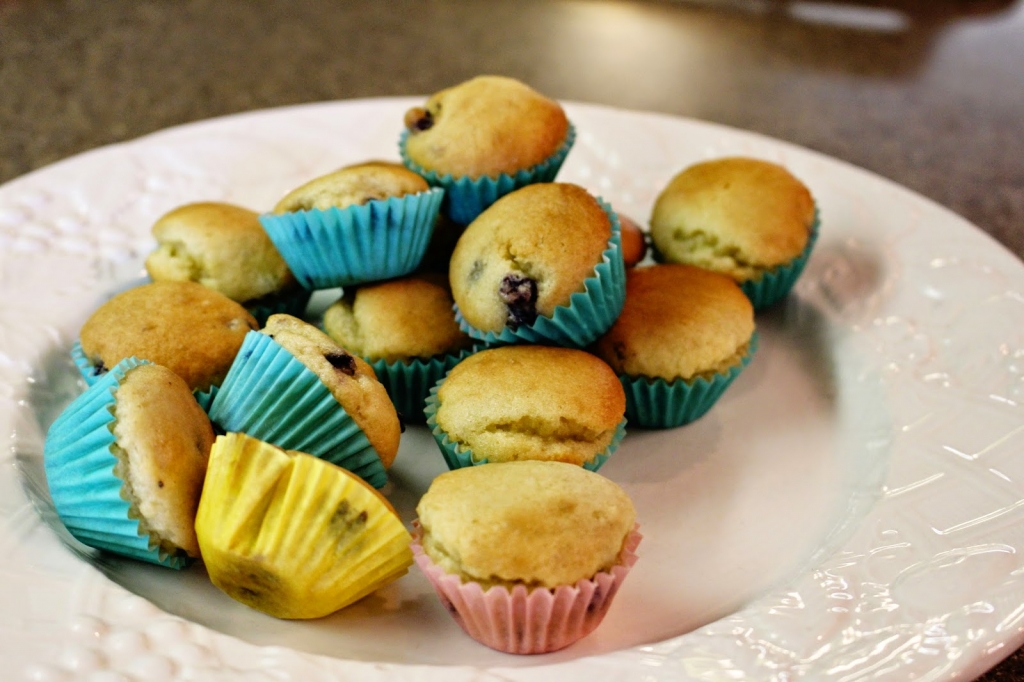 i still cannot believe i just turned 19.
but what is crazier than that to me is next year i’ll turn 20.
and then crazier than that is this year john luke will turn 20.
woah.
so. old.
but then again we are about to get married haha.
you know it’s going to be a good birthday when:
1. mini muffins are involved.
2. you wake up and find that john luke drove over in the middle of the night and slept in the guest house so he could be there in the morning. 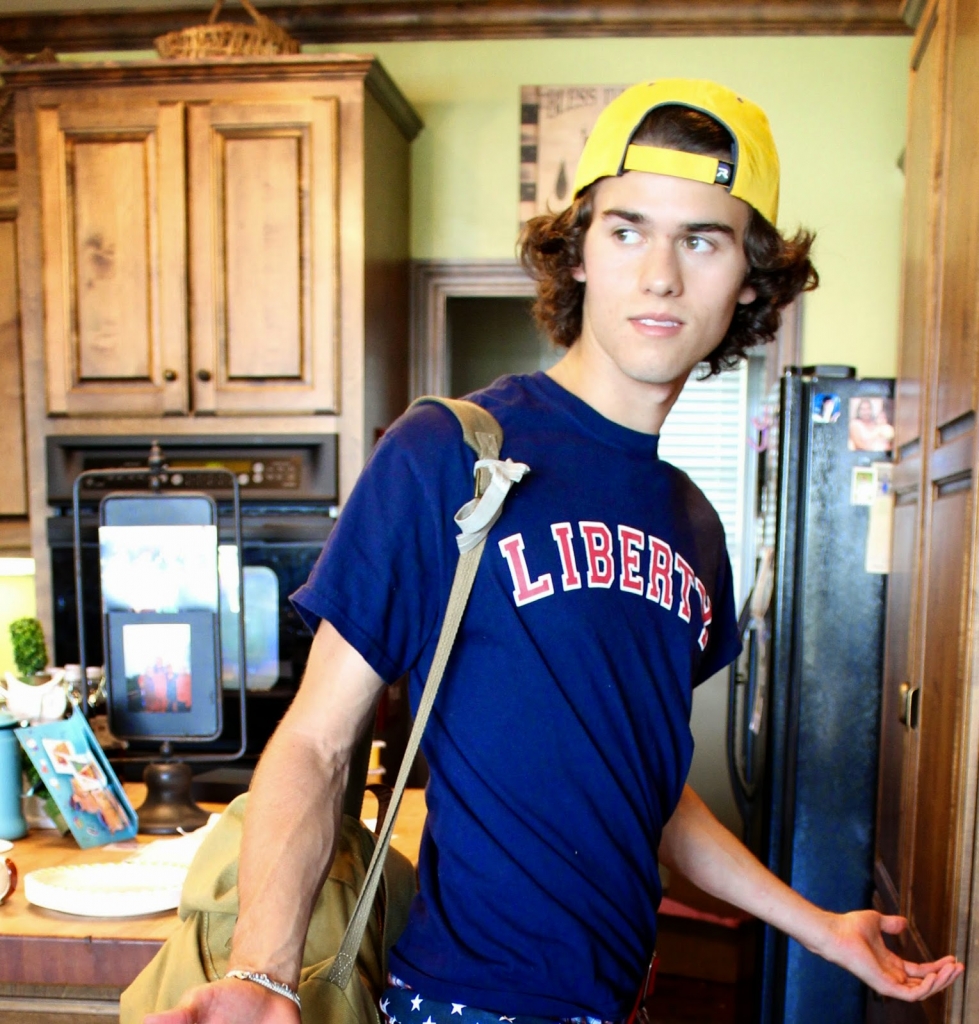 2. mom makes a gluten-free cake
(even if the cake doesn’t really turn out) 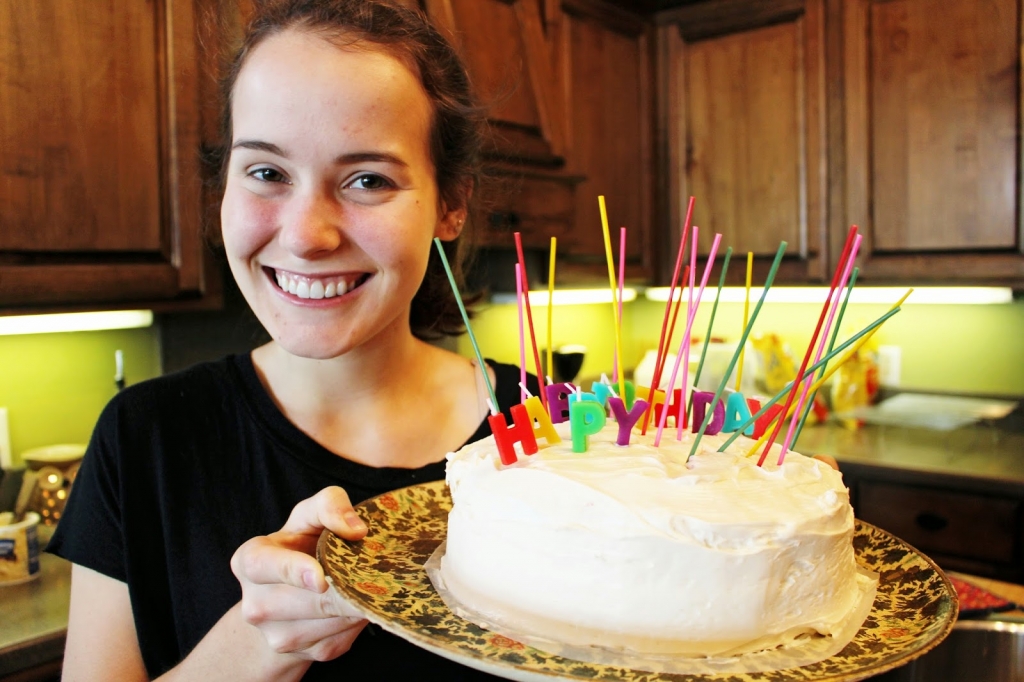 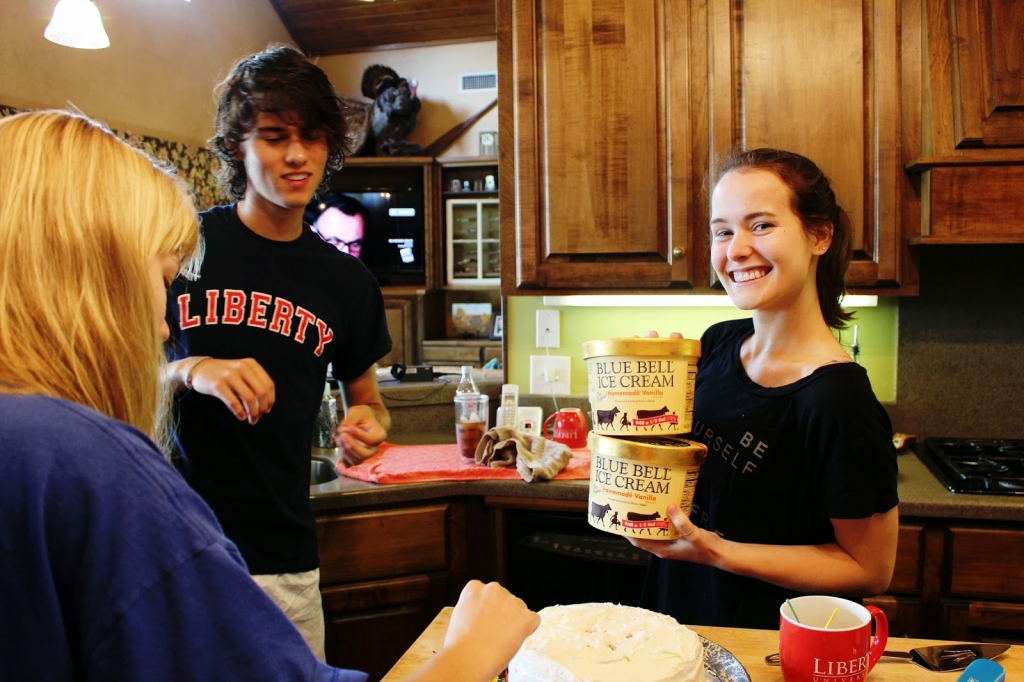 after a morning at the house spent laying out and swimming, i told john luke bye as he headed back to west monroe to film. i was really bummed he wasn’t going to be able to go to the taylor swift concert with me. because i am not only blue bell’s #1 fan, i am also taylor swift’s #1 fan.
so kel and i headed to west monroe to meet up with sadie, bella, shelby, brighton, reed, and rebecca. and we were bossier bound! after a 2 hour long car ride which included the 1989 album on repeat, and all of us taking the “which bad blood music video character are you?” quiz multiple times (btw i’m slay-z aka gigi hadid, and i am 100% cool with that!), we finally made it!
first stop was posadas…our fav mexican restaurant in shreveport. right before we were about to walk inside, sadie told me my birthday present was in the back of the car. so i went and opened the back and….
THIS HAPPENED!!!
after that nice surprise, we went in and had dinner followed by ice cream.
nothing like having the squad back together.
just to have reed and brighton back home for the summer. kelly out from under the curse of finals. and sadie back in LA from L.A.
it was good. real good. 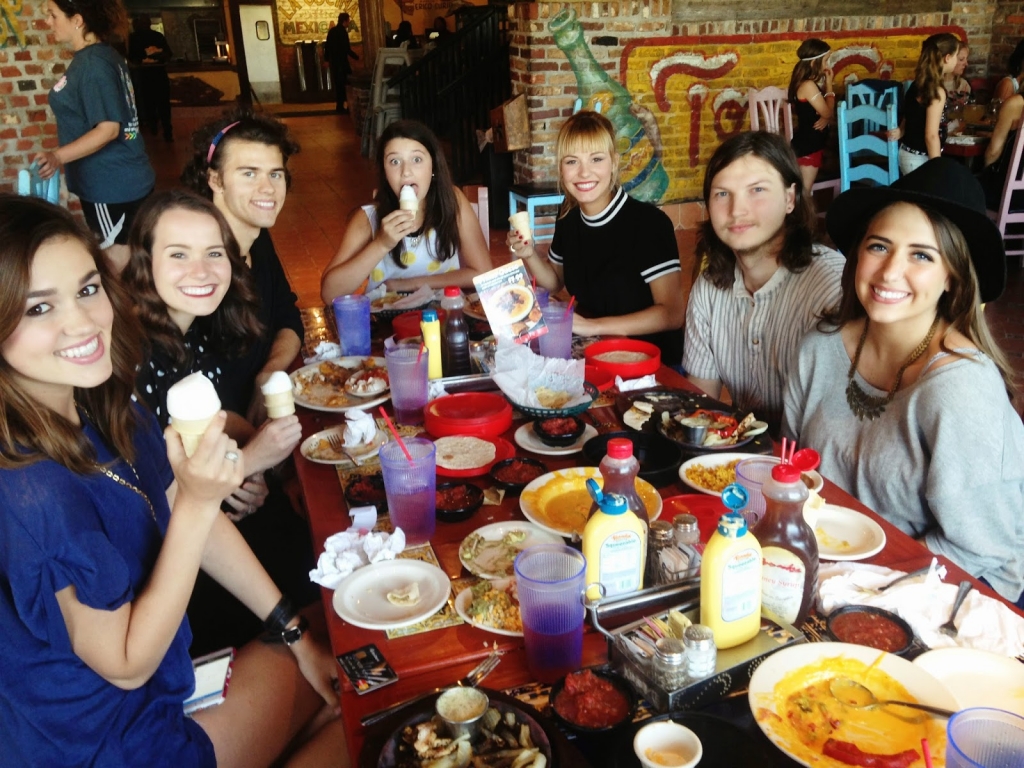 soft serves and soft smiles
(trying to work on mine haha) 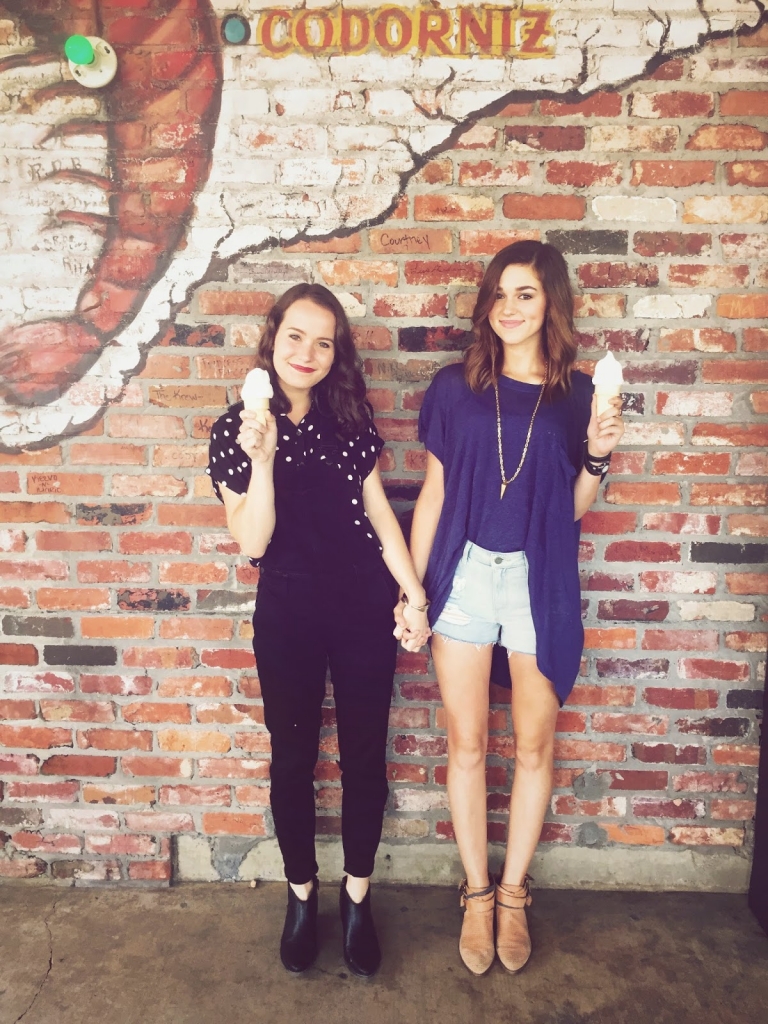 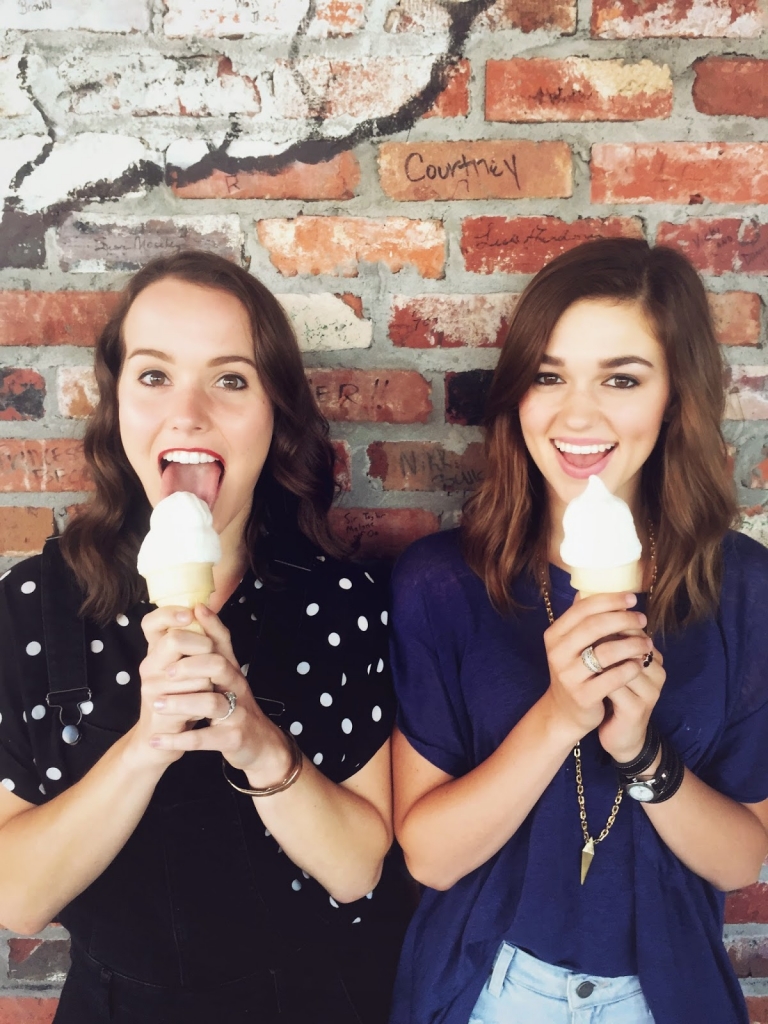 after months and months of waiting…we were there. we were at the centurylink center in bossier, louisiana at stop #1 (in america) of the 1989 tour. 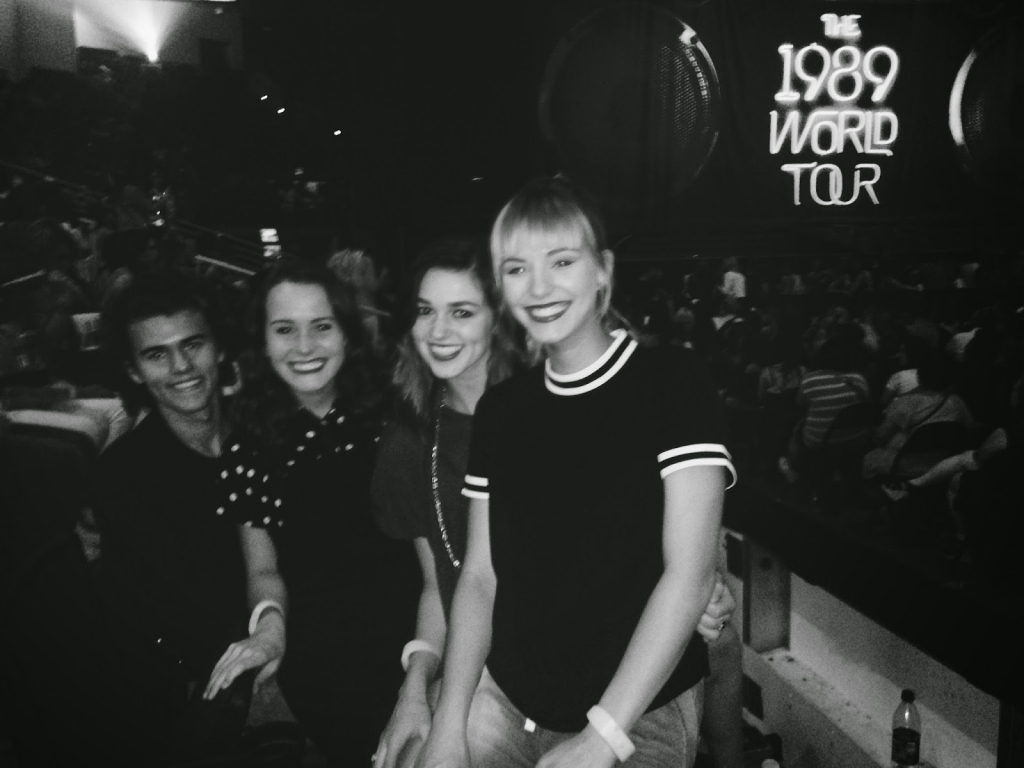 so the craziest thing happened and it will definitely be a memory that will last me a lifetime…and also cause me to laugh everytime i think about it! while we were sitting in our seats waiting for taylor to come on stage, some security guard asked us if we’d like to move to the floor. not only the floor, but front row on the floor. umm YES. they explained that whoever’s seats they were hadn’t showed up and as long as nobody came to claim them, we could have them. so off to the front we went. we were there for about 10 minutes when we started to notice a little commotion in the crowd. then a security guard came and said “they’re here”. they being taylor swift’s mom.
we were in taylor swift’s mom’s seats.
what.
is.
life.
so after laughing hysterically at the irony of what just happened we made our way back to our original seats and then laughed for a good 10 more minutes.
but of course i did not miss the opportunity for a selfie. thanks girl. 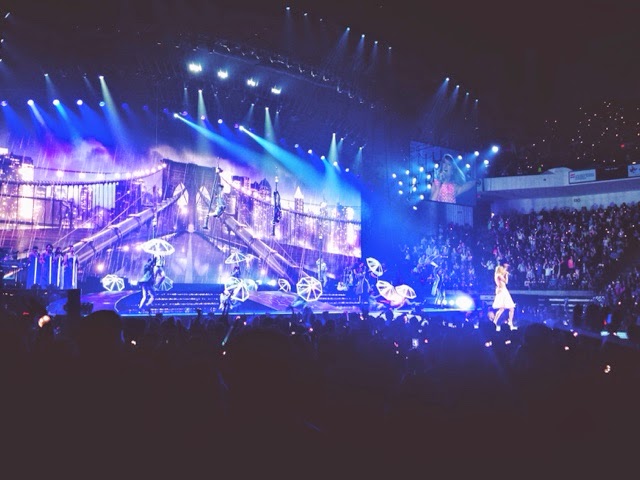 these were the “paper airplanes flyin'” 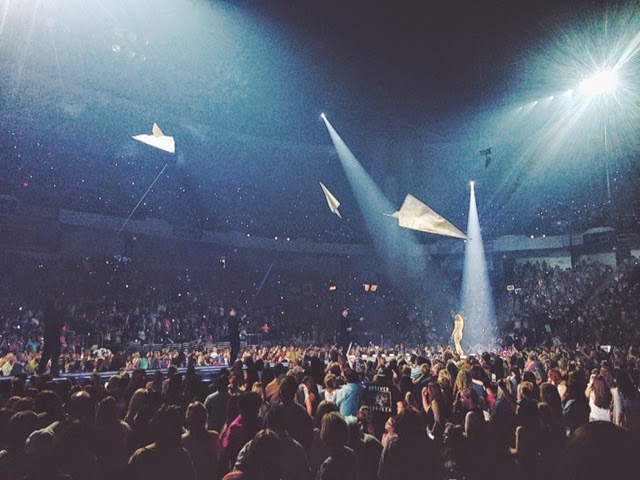 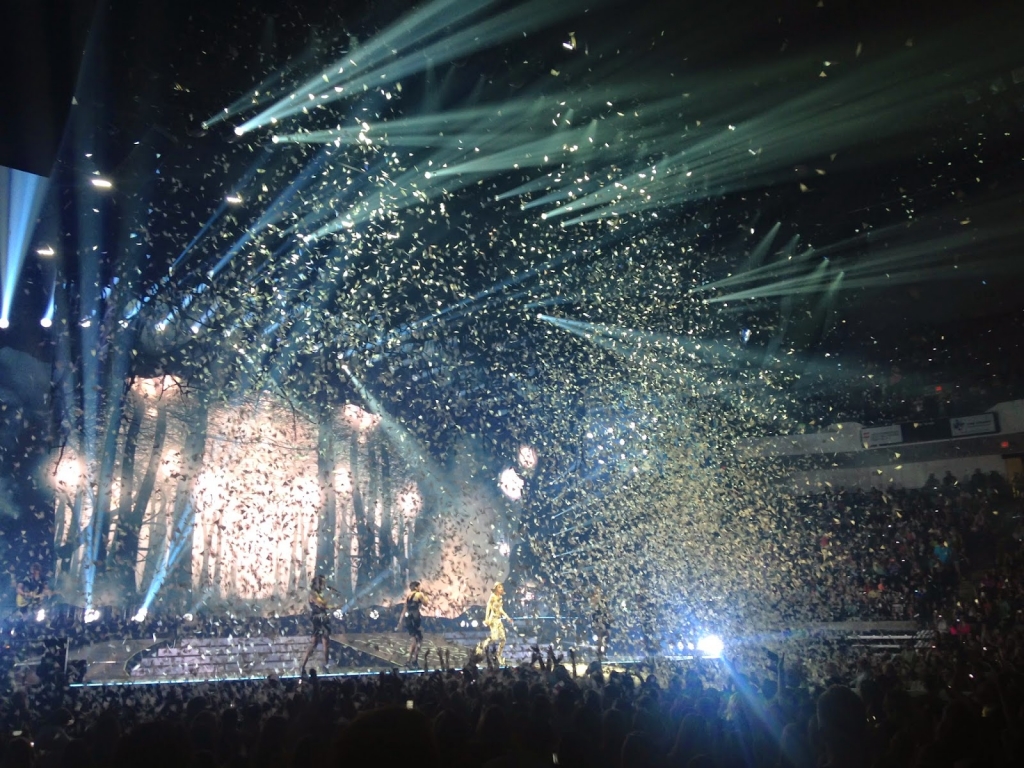 and sorry for the stalker pic of these two…but just had to share how sweet they were! such a sweet couple we met and after talking to them for a little while we learned that their son was one of the dancers! it was just really neat watching them cheer him on and seeing how proud they were of him 🙂 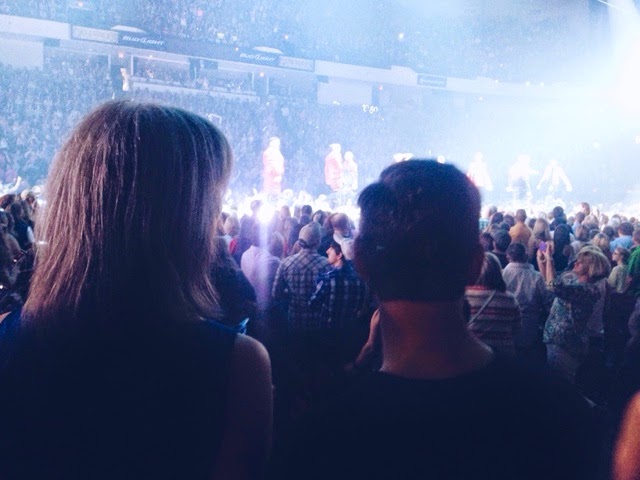 out of the 4 taylor swift concerts i’ve been to, this one was the best. taylor completely blew all of us away. she is not only extremely talented, but quite the entertainer, and a complete genius.
please let’s be friends. 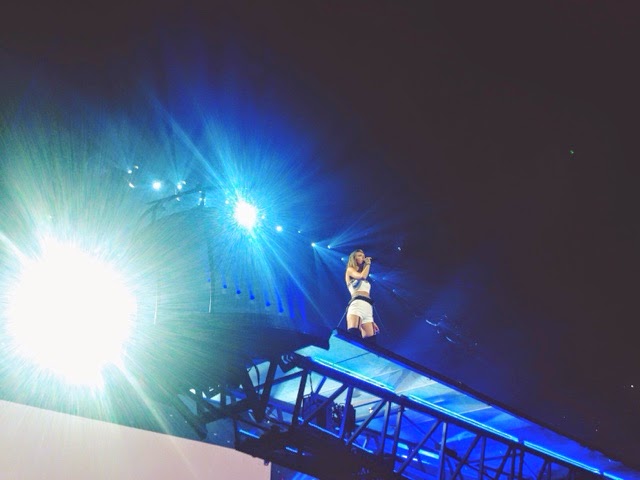 BUT…
the highlight of the night was actually when we were leaving. we slipped out right before the end the last song. and guess who else happened to be making her exit?
taylor swift’s mom.
take 2.
our paths cross and shout out to bella for going in for the first hug, because that resulted in hugs for all. and real hugs. and compliments. man…that woman was amazing!
so shout out to andrea swift for the sincerity and kindness…and also for giving birth to taylor swift.
you really deserve an award. 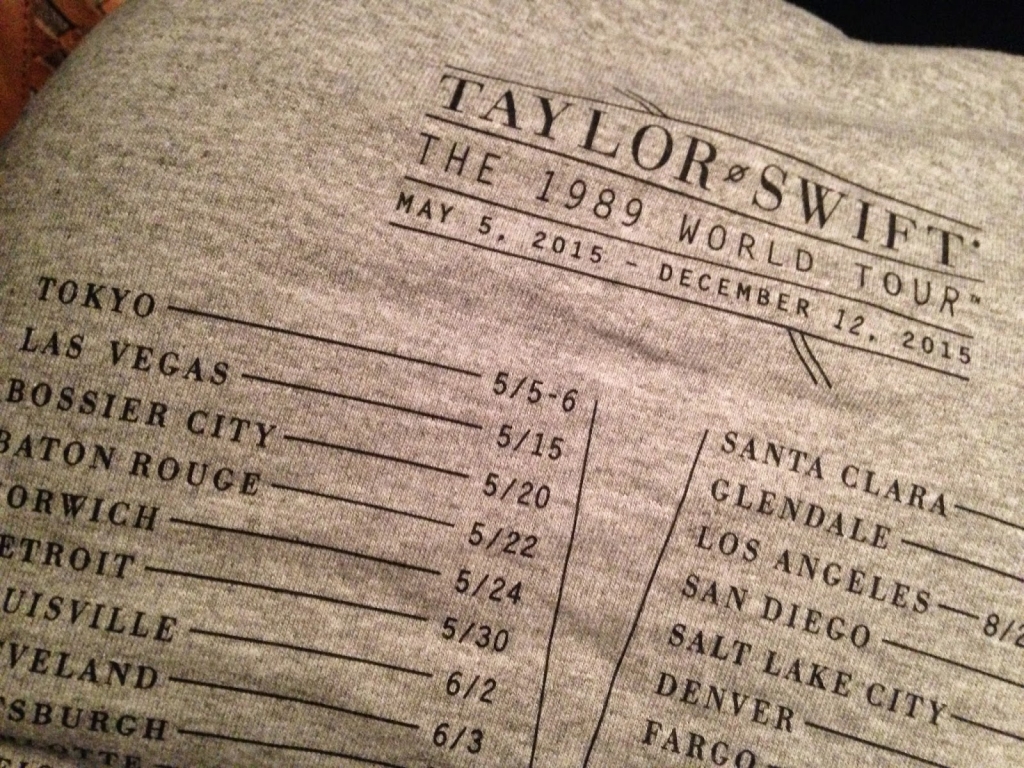 after falling asleep on the way home and being woken up to screams from almost hitting a raccoon, we finally got to the house….
and then i was blindfolded…
by kelly, sadie, and brighton.
“surprise! the night’s not over yet!”
after a bit of driving i was walked inside somewhere else and got to take my blindfold off.
we were at the farm for…
SURPRISE BACHELORETTE PARTY 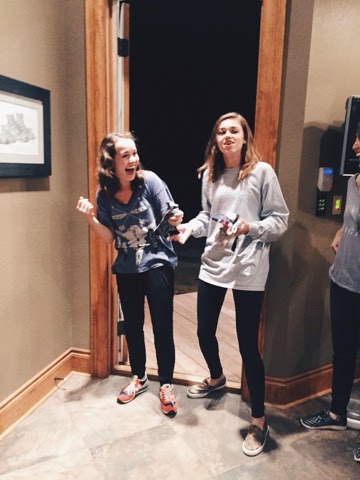 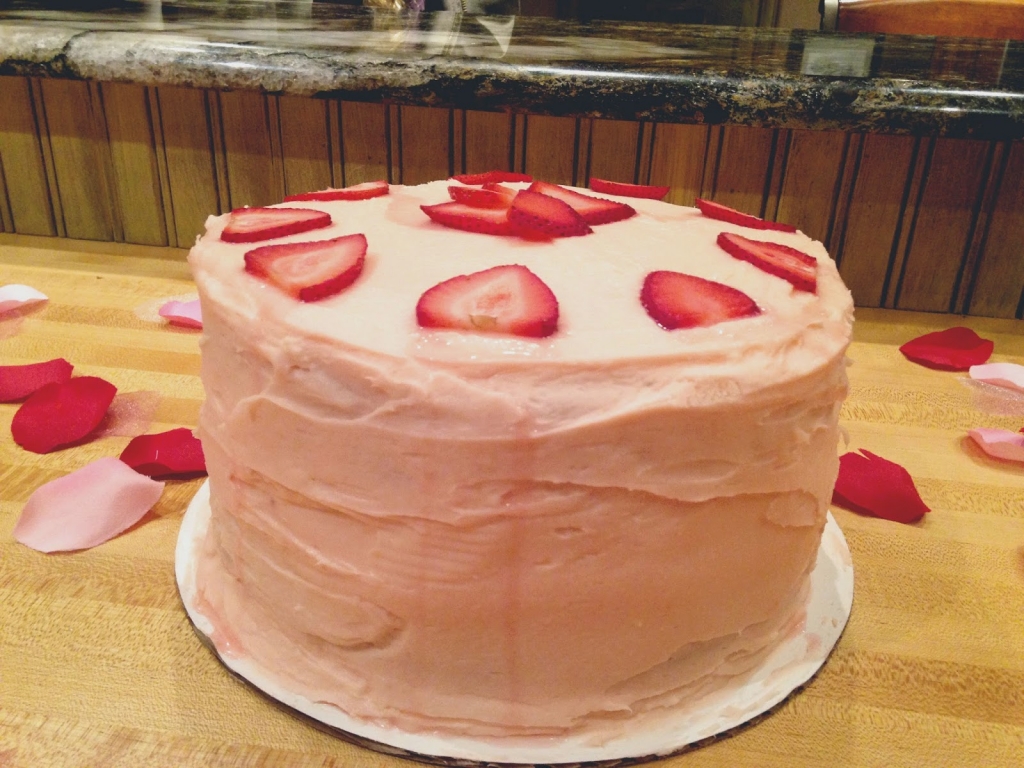 ice creamy drinks and my bridesmaids (minus Bella boo) 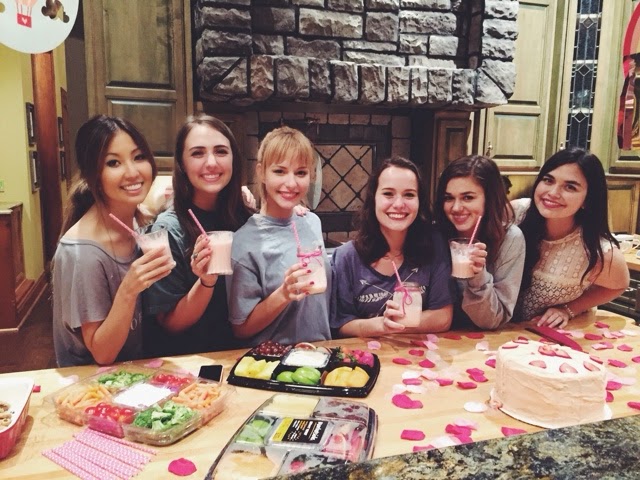 this was by far the best birthday ever and i felt so so very loved by all my friends and family (and andrea swift). thanks to everyone who made turing 19 feel so special! i am super excited to see what all this year has in store.
SHARE:

Getting Trendy with D&D!!